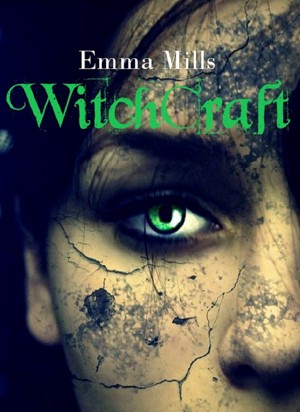 As the dead bodies of human girls begin to stack up, and her recently accepted vampire boyfriend, Daniel, finds himself in prison, Jess goes on a crazy, forbidden trip to London, racing against time to save an old friend and solve the mystery behind Daniel’s incarceration. In battling new enemies and finding new friends, Jess’s confidence finds room to grow, but who will she lose along the way?

Emma Mills is a stay-at-home mum. She shares her home with her husband, two children, a dog, 3 cats, a house rabbit and a tankful of fish. Once her youngest child started school she began to write.

WitchBlood was published in January 2012, swiftly followed by WitchCraft and WitchLove. Emma published what she had intended to be the finale of the series, WitchHunt, a week after moving her family south to Somerset, in November 2013. A prequel to the series, WitchFire, followed in 2014.

However, after fans began asking for more, a plan began to develop. The Witchblood Series didn’t feel finished, so WitchWar was born. Emma says now that she has written WitchWar, she feels that the series is complete. WitchWar is set ten years after WitchHunt. It has everything you want from a supernatural final book: fear, heartbreak and resolution. WitchWar will be published on the 8th of January 2016.

I enjoyed this book more than I expected. I can't wait until the next one comes out!

You have subscribed to alerts for Emma Mills.

You have been added to Emma Mills's favorite list.

You can also sign-up to receive email notifications whenever Emma Mills releases a new book.