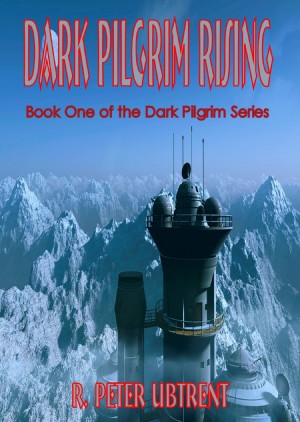 By R. Peter Ubtrent
Rated 4.50/5 based on 2 reviews
A Science Fiction thriller set in the far distant future against a backdrop of hostile aliens, scheming Greater Houses and The Church of the Blessed Prophets, all trying to claim the throne of the Imperium left vacant when the emperor is assassinated. Greed and avarice, love and hope, despair and lust all find a place in the first of a six book series. More
the Emperor of the Imperium has been assassinated. The Lord Marshall Bhagavan, military leader of the Imperium, strives to keep the Greater Noble Houses from tearing apart the Imperium in their bid to claim the vacant throne. The Church of the Blessed Prophets, eager to regain their ascendency over humanity, see the vacant throne as the perfect way to acheive their goals. Alien species that have been kept suppressed by the Imperium see a chance to free themselves. Enter Ailanthus and Tethys, friends all their lives and it has been that friendship that has helped them survive the twenty years imprisonment in the infamous penal colony of K'ar Krack'a. Now that their one chance to escape has come, they question the coming together of far too coincidental events and struggle to make sense out of a world that seems to be falling apart around them. Thus starts books one of the Dark Pilgrim Series, an epic tale of friendship and loss, greed and avarice, and hope.
Available ebook formats: epub mobi pdf lrf pdb txt html
First 30% Sample: epub mobi (Kindle) lrf more Online Reader
pdb
Price: $0.99 USD
Buy Add to Library Give as a Gift
How gifting works
Create Widget
Tags: scifi science fiction best science fiction scifi action scifi bestsellers frank herbert scifi action thriller scifi action adventure scifi adventure novel scifi action adventure scifi romance science fiction space opera action romantic adventure intergalactic war hero betrayal aliens planet forever war courage space computers ai ubtrent
About R. Peter Ubtrent

R. Peter Ubtrent was born in New York City but moved to Albuquerque, New Mexico at the age of eight. Although he has lived in both Florida and California, he seems to have settled in Edgewood, New Mexico for the moment.

Peter has obtained bachelor's degrees in astrophyics, history, and Secondary Education, has a Master's degree in military history and has a Doctorate in military studies.

When he's not writing, Peter works in his gardens or builds wooden and plastic models. He has been married to Genevieve for over sixteen years.

About the Series: Dark Pilgrim Series

Futuristic space opera that follows five characters from their break-out within a Penal Colony to their final climatic battle to save humanity. 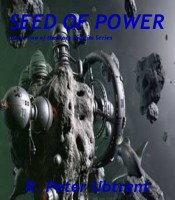 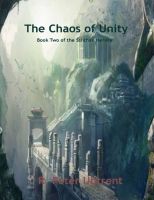 Dark Pilgrim Rising, 1st of 6 novels in the Dark Pilgrim series, is a well written and engaging story, involving humans and several different species. I was immediately drawn into this story and have tremendously enjoyed this 1st novel, which I've almost finished. Based on this novel, I have purchased the 5 remaining novels. The author introduces you to lots of characters and at times, its challenging to keep track of them; this is a minor annoyance - it's still worth 5 stars.

(reviewed 21 days after purchase)
Susan Uttendorfsky reviewed on Aug. 30, 2012
(no rating)
Dark Pilgrim Rising, the first of six works of fiction in the Dark Pilgrim series, is a carefully crafted science fiction novel. The reader is dropped far into the future into the middle of the two main characters’ 20-year stay in a harsh and hostile penal colony, while the religiously-based political elements called Houses swirl in cagey undercurrents in the discord that the emperor’s death has left behind. The number of different non-human species in this book is astounding. Mr. Ubtrent's excellent descriptions, and those of their human counterparts, are vivid and unique. The remarkable characters demand the reader’s attention, inserting themselves into the mind and heart, racing headlong toward the conclusion of this book. Which, really, is only the beginning. You’ll have to read the other five volumes to find out the true finale - Seed of Power, Dark Throne, Dark Enlightenment, Dark Redemption, and Fallen Pilgrim.

This book is genuine proof that awesome work can occur outside of the big six publishers. The story is set far enough in the future to not become dated and it is an adventure worth the investment.

You have subscribed to alerts for R. Peter Ubtrent.

You have been added to R. Peter Ubtrent's favorite list.

You can also sign-up to receive email notifications whenever R. Peter Ubtrent releases a new book.