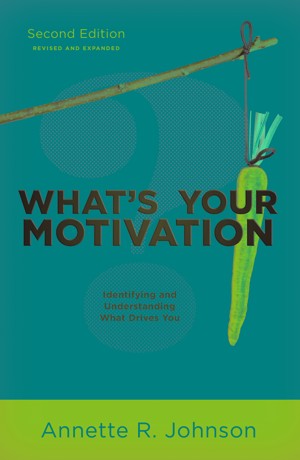 What's Your Motivation?: Identifying and Understanding What Drives You

By Annette Johnson
Because we lack the right motivation, change is often only temporary. Having the right motivation for change is the key to lasting success. Here’s how to finally gain real commitment to change. Chosen among the AJC’s top 10 best summer reads, this book is something you want to have! More
The book explores what is currently motivating you and, ultimately, what should be motivating you in ten different areas of life, including money, love, marriage, health, communication, children, and work. Understanding your motivation reveals the forces and triggers that drive your actions and influence your choices. Without understanding the thoughts, attitudes and desires that drive your behavior, change becomes almost impossible. The book examines motivators from every aspect of our being, including spiritual, emotional, physical and mental. Along with two new chapters, this second edition provides more examples, self-examinations, charts, and diagrams to help you understand and identify just what's your motivation. In addition, it now even has a separate workbook titled What's Your Motivation: Values Matter.
Available ebook formats: epub mobi pdf rtf lrf pdb txt html
First 7% Sample: epub mobi (Kindle) lrf more Online Reader
pdb
Price: $4.99 USD
Buy Add to Library Give as a Gift
How gifting works
Create Widget
Tags: spiritual inspiration motivation purpose purpose in life purposeful relationships family and children
About Annette Johnson

Annette R. Johnson was born in Manchester, Jamaica, but was raised in Miami, Florida. After graduating from high school, she attended Florida State University, earning a bachelor of arts degree in communication with minors in journalism and psychology. She later went on to earn a master of science degree in journalism at Florida International University. While in Florida, she hosted cable and PBS television specials. Once she moved to Atlanta, Georgia, Annette began a promising career in print journalism as a reporter and editor, including a post as editor-in-chief of the Atlanta Business Journal. She taught communication and journalism courses at both Atlanta Metropolitan College and at Georgia State University, where she was a favorite among students and received various teaching honors, including "Who's Who Among America's Teachers" and the National Collegiate Scholar Faculty of the Year candidate. A poignant editorial writer, Annette has written guest columns for the Atlanta Journal-Constitution and Rolling Out; a screenplay; and three books. 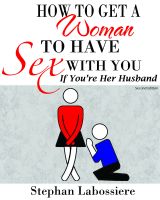 You have subscribed to alerts for Annette Johnson.

You have been added to Annette Johnson's favorite list.

You can also sign-up to receive email notifications whenever Annette Johnson releases a new book.