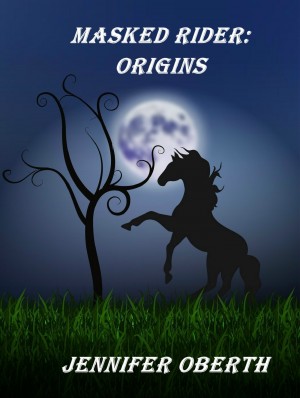 By Jennifer Oberth
Rated 3.00/5 based on 1 review
Holly Westin is having a bad week. Cavalry soldiers storm into her village hunting a fugitive. A neighbor is killed, Holly's brother arrested and everyone wants to capture the mysterious Masked Rider. She’s determined to free her brother but can she do it with the captain courting her, the fugitive hiding on her land and her father drinking while the in-laws visit?

128,507 words. More
Maverick Flatts was a tranquil village until the yellow fever outbreak of 1872. After three years, life was settling down when cavalry soldiers nearly destroy the square hunting for a fugitive.

The Masked Rider allows the fugitive to escape capture, is blamed for the murder and seems quite comfortable leaping from windows, holding people hostage and foiling everyone’s best laid plans.

Holly Westin is determined to find out who killed her neighbor but with the captain of the unruly soldiers attempting to court her, the fugitive hiding somewhere on her land, her brother arrested for murder and her father drinking himself into a stupor when his in-laws visit, she wonders if she can keep it together long enough to protect her family, unmask the killer and save the quiet village from itself.

Jennifer Oberth is a sweet, gorgeous, intelligent gal with a great sense of humor. She likes long walks on the beach.

Oh, this is an Author Bio? In that case…

Jennifer Oberth is a sweet, gorgeous, intelligent gal with a great sense of humor. She likes to take long walks on the beach where she thinks up delicious ways to murder people and give them motives, means, opportunities and fake alibis.

Don't randomly ask her what she's thinking because she'll tell you. She doesn't want a repeat of that time she was with a group of strangers and she blurted out her frustration at her car. "How on earth am I expected to kill somebody in the woods without being seen when I can't turn off the automatic headlights?"

She didn't know why they shrank back and gave her a wide berth the rest of the evening.

She didn't know why no one offered advice to get around this tricky annoyance. 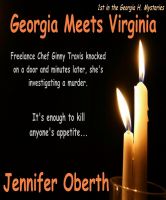 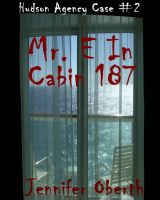 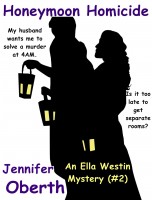 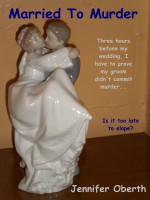 The Masked Rider: Origins is an enjoyable read for mystery readers who don't want the "dark" that is found in so many novels today. The humor, ample throughout, keeps the reader from taking anything too seriously and instead provides for a few hours break from the 21st century hassles.

With one minor exception (see below under spoiler alert), this novel is family friendly with enjoyable squabbles between the family members.

The novel centers around a tough, independent female rancher (the youngest child) who takes the reader through a number of events, numerous characters and a bit of unwanted love interest before sifting it all down to the mystery at hand. The twists and connections of seemingly unrelated facts makes for a solvable mystery and a fun read.

A few areas did pull the reader from being immersed in the novel. One was that the Westin family is supposed to be on hard times, yet they eat what seems to be extravagant foods (due to their cook's preferences) for a family in the 1800s. Also a location was referred to repeatedly as the grotto that no one frequented. Since no one ever does frequent it except Holly, being told once was enough.

**** Spoiler Alert ****
While I consider the novel to be family friendly, some readers may take issue with the disturbance of a grave/corpse. This is brief and handled respectfully.

There was one area that I felt cheated and that was when Holly caught one of the bad guys - Bernstein - the reader wasn't there. One minute Holly goes off to take care of something and the next time the reader "sees" her, she has him captured. The rest of the novel was good at "showing" the reader, but here the author didn't show and neither did she even tell.

You have subscribed to alerts for Jennifer Oberth.

You have been added to Jennifer Oberth's favorite list.

You can also sign-up to receive email notifications whenever Jennifer Oberth releases a new book.