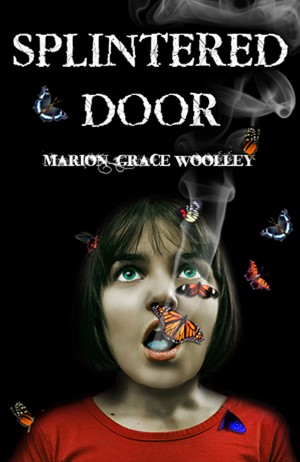 One author's battle against block, involving murderous moths, a fatal and heartfelt plague, one of those transfer tattoos you used to be able to buy down the Post Office, and a kid who fell into a quarry.

This debut collection of short stories by Marion Grace Woolley will leave you scratching your head and wondering what just happened.

Marion Grace Woolley studied at the British Record Industry Trust (BRIT) School of Performing Arts, Croydon. After obtaining an MA in Language & Communication Research from the University of Cardiff, she declared that she'd had enough of academia and decided to run away to Africa.

Balancing her creative impulses with a career in International Development, she worked and travelled across Africa, Australia, Armenia, and a few other places beginning with 'A'. In 2009, Marion helped to oversee the publication of the first Dictionary of Amarenga y'Ikinyarwanda (Rwandan Sign Language). A project of which she was immensely proud to have been a part.

The same year, Marion was shortlisted for the Luke Bitmead Bursary for New Writers. She is an associate member of the Society of Authors and a founding member of Nushu.

The Butterfly's Predator
A twenty five year old watches over his sister as she looks out to the woods dazed. He takes his eyes of her and she is gone. A tale combined with butterflies and death in an unfortunate way.

The Fairy of the Birch
The capture of a fairy to bring joy. Warned of their ways the little girl gets one in a jar trapped. She tricked them until the next morning the discovery of something different. Who tricked who?

"Luscious Boy" after a flicker of the curtain, the squeaky floor boards and the story of the boy. Its hard to believe this short ghost story.

The River of the Elves
An acid trip with a group of elves and a bizarre world that could of used a better explanation but great story overall. 4 stars.

You have subscribed to alerts for Marion Grace Woolley.

You have been added to Marion Grace Woolley's favorite list.

You can also sign-up to receive email notifications whenever Marion Grace Woolley releases a new book.