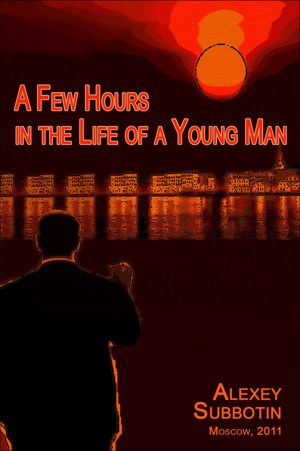 A Few Hours In The Life Of A Young Man

Alexey Subbotin was born on March 7th, 1975 in Nyandoma - a small district centre in the Arkhangelsk region of Russia. Both his parents worked for the local railroad.

In 1992, Alexey graduated from middle school and began to study management at the St. Petersburg State University of Economics and Finance; he later gained a Masters Degree in Management from the university, and went on to graduate from the Anhalt University of Applied Sciences in Bernburg (Germany) with a Bachelor's Degree in Economics.

In 2002, Alexey began to study for an MBA at the IESE Business School in Barcelona, Spain. Upon graduation he accepted a position within the Strategy & Planning team at Barclays Capital in London. In 2006, Alexey moved to Moscow where he became Head of Investor Relations at 'Golden Telecom' (NASDAQ: 'GLDN'). After the company was acquired by 'VimpelCom' (NYSE: 'VIP'), Alexey became a member of the management board of the consolidated company, where he was in charge of the Investor Relations department.

Among Alexey's interests are literature and history. He also enjoys playing billiards and enjoys a number of water sports, including fishing. Finally, he has been a fan of Guinness for many years!

Alexey presently works on his own projects, one of which you find thanks to Smashwords.

You have subscribed to alerts for Alexey Subbotin.

You have been added to Alexey Subbotin's favorite list.

You can also sign-up to receive email notifications whenever Alexey Subbotin releases a new book.