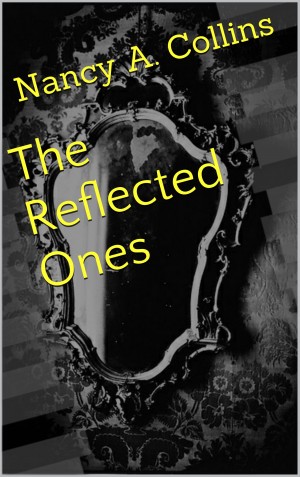 By Nancy A. Collins
A murderer uses an ancient book of arcane spells to escape justice by going through the looking glass--only to find that the other side of the mirror is far more dangerous than he ever imagined. Acclaimed fantasy writer Nancy A. Collins, author of Sunglasses After Dark and Left Hand Magic,brings readers a tale of the unknown ala H.P. Lovecraft and Robert Bloch.

Nancy A. Collins has authored over 20 novels and novellas, numerous short stories, and worked on several comic books, including a two-year run on Swamp Thing. She is a recipient of the HWA’s Stoker Award and the British Fantasy Society Award, and has been nominated for the Eisner, John Campbell Memorial, World Fantasy & International Horror Guild Awards. Best known for her ground-breaking vampire character, Sonja Blue, which heralded the rise of the popular Urban Fantasy genre, her works include the best-selling Sunglasses After Dark, the Southern Gothic collection Knuckles And Tales, & the Vamps series for Young Adults. Her most recent novel is MAGIC AND LOSS, the third installment in the critically-acclaimed Golgotham urban fantasy series. She is currently the writer for Dynamite Comics' VAMPIRELLA series.

Learn more about Nancy A. Collins

You have subscribed to alerts for Nancy A. Collins.

You have been added to Nancy A. Collins's favorite list.

You can also sign-up to receive email notifications whenever Nancy A. Collins releases a new book.