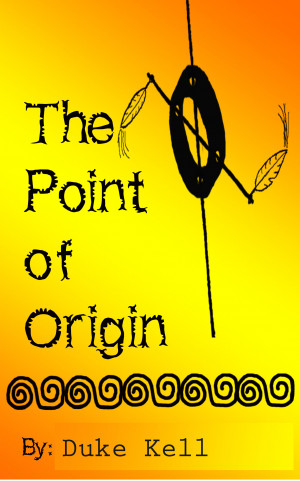 The Point of Origin

By Duke Kell
Rated 4.67/5 based on 3 reviews
Ancient secrets, hidden pasts, and the fate of the world, The Point of Origin is the first book the blue blood universe series. More
The answers to most of our questions have always been there, but our failure to connect the dots could mean the destruction of the human race. Archaeologist Tiffany Gerardo, and lab assistant Brian Brady, Find themselves entangled in a dangerous web. Guided by the Hopi's prophecy, and weaving through the foundation of what they thought they knew, they must find the truth.
Available ebook formats: epub mobi pdf lrf pdb txt html
First 25% Sample: epub mobi (Kindle) lrf more Online Reader
pdb
Price: $0.99 USD
Buy Add to Library Give as a Gift
How gifting works
Create Widget
Tags: adventure colorado alien math new mexico denver 2012 extraterrestials algebra southwestern mysteries arizona mystery ancient aliens hopi rocky mountains 2012 prophecy hopi prophecy four corners
About Duke Kell

Duke is a registered member of the Citizen Potawatomi Nation who grew up in the Denver Metro area. He was one of the founding members of Ghost Crew A hip-hop group in Southern California, and Bodhi an alternative rock band. After earning a B.A. in journalism from the University of Northern Colorado and completing his Graduate work in Education at Cal State San Bernardino, Duke became an Author and Educator. By age 27, he was the youngest professor on campus at Chaffey College, wrote and directed his first feature-length movie and signed on to teach at a school for troubled youth. Now in his 40's, he and his family have made Kailua Kona their home where he continues to be active in education and the arts.

The Point of Origin
Number 1 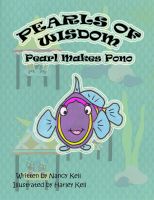 Reviews of The Point of Origin by Duke Kell

I couldn't put this book down and now that I'm done with it I can't stop thinking about it. Could any of this really be true? this book pulled on all my emotional strings and it really makes you think about our existence here. I know it's fiction but wow, I need to find out more about this Hopi tribe. What a read!

(reviewed the day of purchase)
GraceKrispy reviewed on Oct. 9, 2010

"The answers to most of our questions have always been there, but our failure to connect the dots could mean the destruction of the human race."

In this thrilling ride reminiscent of Dan Brown's "The Da Vinci Code," we are taken on a journey of epic proportions to find the truth of our existence here on Earth; a truth that speaks to our past and future, and a truth that may not be easy or safe for anyone to uncover. This fictional novel is founded in the Hopi prophecy, shared with the world during the Hopi address to the United Nations in 1992. With its basis in actual events, this story is both fascinating and eye-opening; just the kind of story I love to read! I could really see this book turned into an exciting movie and, more importantly, I could see this book opening people up to the idea of truth in the Hopi prophecy.

With all the potential this book has, I would like to see it go through a serious editing process. Although I wanted to be completely engaged in this story, it was difficult to look past the mechanics of the writing style. There are numerous examples throughout the story. Most distracting to me, however, was the inappropriate use of commas (or lack thereof). Commas were sometimes missing, most notably when someone was addressed in conversation. There were also commas inappropriately placed in ways that broke up the cadence of the sentence, perhaps changing the intended meaning, and rendering the sentence incorrect. I generally look past the occasional typo or grammatical error (I am certainly not a professional proofreader), but there were enough of these errors, on almost every page, to distract me from fully engaging and enjoying the great storyline.

At first, I was also distracted by the very short chapters (some are only a paragraph long). This is a style preference, and I did get used to the varying chapter length as the story went on. I was, however, thinking that having longer chapters in the beginning and progressively shortening to match the increased pace of the impending climax may better match the pacing of the book. There was a general abruptness to some of the chapters that could have been avoided with additional context. Additionally, because of the long paragraphs and the failure to begin a new paragraph when a new person speaks, I sometimes found it really difficult to tell who was doing the speaking. This led to some general confusion for me during some of the action scenes.

A thorough editing and some additional revising to polish the writing would add variety and a little more "voice," and could turn this fantastic storyline into a bestseller. I would give the storyline 5 stars and the writing 2 stars, which averages out to 3.5 stars. All in all, a fun and adventurous read with great potential!

I just finished this book and was really impressed. I would highly suggest reading this and I promise you will not regret it. A true page turner this book is impossible to put down and is extremely well written. It is certainly a book for everyone as it has mystery, romance and really does make you think about life as you know it. I could see this book making waves in the publishing world soon. Enjoy!

You have subscribed to alerts for Duke Kell.

You have been added to Duke Kell's favorite list.

You can also sign-up to receive email notifications whenever Duke Kell releases a new book.