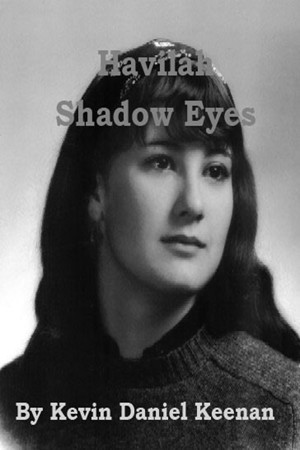 By Kevin Keenan
This download contains three complete books: Havilah; Beyond Havilah and ShadowEyes. It is an epic fantasy covering almost 6000 years! Keenan has woven an incredible tale of what the world may have been like before the flood and shortly after it as well as the ramifications on modern times. From angels and demons to wizards and warriors both past and present come alive. More
Havilah! The mythical, magical land which existed before the flood; what was it like? Every major culture throughout the world has left intriguing hints. From Biblical references to Mesopotamian archeological discoveries, Keenan paints a most fantastic picture of life before the flood. In book II the author delves into the tales of Gilgamesh and its impact on the Fertile Crescent and Egypt. So little is known of this mysterious age. Mixed in are delicious hints of what may have gone on before the world was even formed as we know it. Have powerful beings from another plane of existence been busily trying to influence mankind from our beginnings? Book III is the fantastical conclusion, the ancient past lying in ruin,is it about to happen all over again! Science Fiction? Fantasy? Reality? Who knows for sure? Are we about to find out?

Kevin Daniel Keenan spent the first nineteen years in a sleepy, harbor town called South Portland, Maine. He met, fell in love with, and married Barbara Jeanne Russell, two months later he was drafted into the United States Army. From country bumpkin to world traveler, he has been from Argentina to Asia. He considers his greatest achievements: Staying married to the same woman for 45 Years, (Barbara is a Saint), Fathering three children which was really fun, and watching his grand kids grow.

You have subscribed to alerts for Kevin Keenan.

You have been added to Kevin Keenan's favorite list.

You can also sign-up to receive email notifications whenever Kevin Keenan releases a new book.