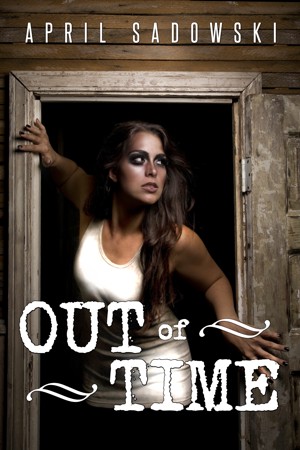 April Sadowski was born and raised in the Dayton, Ohio area. Books were always prevalent in her life and so was the fondness for writing. At the age of thirteen, April began her first novel, Lady From Day. It took over ten years to write, but since the completion of it in 2009, she has written four additional novels and has participated in NaNoWriMo, Camp NaNoWriMo, and Script Frenzy, “winning” at every attempt.

April is also an award-winning graphic and website designer and a hemp jewelry maker. All of her novel covers have been designed by her. She spends her free time (apart from writing) with her husband and three meowing fur-children.

Out of Time Part 1
This is the first episode from the audio drama that this novella was birthed from. This audio drama clips covers Part 1 and the first chapter in Part 2.

Reviews of Out of Time by April Sadowski

You have subscribed to alerts for April Sadowski.

You have been added to April Sadowski's favorite list.

You can also sign-up to receive email notifications whenever April Sadowski releases a new book.