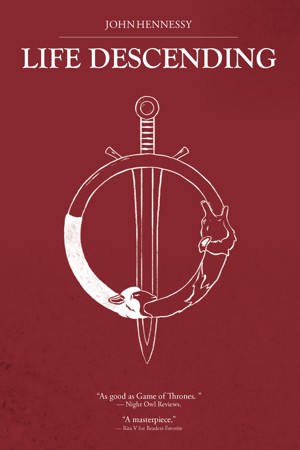 By John Hennessy
Rated 4.00/5 based on 2 reviews
Tom Navo, a loyal Scout for the Northern Army, seeks to live out a peaceful life with his family. As chaos threatens the continent, Tom's imagined life becomes more of a fanciful illusion. A journey home soon becomes a fight for his life, facing challenges that he never could have conceived even in his most twisted nightmares, not just for his own sake, but for the survival of all . . . More
War, plague, and mad kings promise to rip the world of Leterra asunder.

With the memories of a loyal Scout for the Northern Army, Tom Navo endures to wrap up one last brutal assignment, with dreams of living out a peaceful life with his family. As chaos threatens the continent, his imagined life becomes more of a fanciful illusion. A journey home soon becomes a fight for his life, a search for a mysterious and powerful relic only rumored to exist, and a firsthand account of how greed and delusion can make humans do the unspeakable. Surrounded by the most unlikely of friends, Tom faces challenges that he never could have conceived of even in his most twisted nightmares, not just for his own sake, but for the survival of an entire world, whose future teeters perilously on the brink of doom . . . before all life descends into shadow.
Download: epub mobi (Kindle) pdf more Online Reader
rtf lrf pdb
Price: Free! USD
Add to Library
Create Widget
Tags: fantasy magic war epic fantasy series book 1 havoc armor fantasy action adventure battles fighting fantasy about a wizard john hennessy life descending the cry of havoc fantasy about a soldier scifi action adventure battles and war 2nd edition the cry of havoc series
About John Hennessy

Born in 1988, John Hennessy became entranced by the world of fantasy and sci-fi at a young age, playing video games and reading books for many long nights/early mornings. He started writing his debut novel Life Descending during his junior year of High School in 2005. He wanted to write something different for fantasy readers, something without any stock copy/paste characters, supreme evil lords, who you never see and who are just evil because they are evil. A story without class-defined skills, mana potions, and the usual D&D adventure group out on the same old quest. He wanted to write a new story that gets away from the stale fantasies with farmer boys, blacksmith apprentices, and peasants who turn world heroes. Oh yeah, and he really wanted to get away from stories with prophecies and 'chosen ones.'

After he graduated from Western Washington University in 2011, he hired Sara Stamey, the editing/publishing professor at Western, edit Life Descending (The Cry of Havoc, Book 1), finally releasing his debut after six years of crafting, learning, rewriting, and absorbing caffeine as fuel so he could stay awake at the keyboard. Life Descending has since been praised by reviewers, even earning a finalist spot in ForeWord Magazine's 2011 Book of the Year Awards. Darkness Devouring (The Cry of Havoc, Book 2) has since been released in late 2012.

In 2012 he released At the End (The Road to Extinction, Book 1) as a self-published book. Having spent all his cash on Life Descending (sadly without return), the book went unedited by a professional editor. Despite this major flaw, At the End was well received by most. In February 2013, Permuted Press approached him with an offer to re-release At the End and publish the rest of the trilogy. A second edition of At the End (fully edited!) is forthcoming 2013.

John now lives in the Rose Lands of Portland, Oregon, with his wife Katherine, their furry feline Phoebe, and their two budgies Lola and Pablo. He is now at work finishing The Road to Extinction Trilogy. Visit his website at: http://www.johnhennessy.net 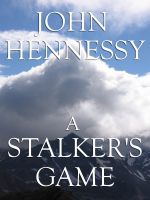 Reviews of Life Descending (The Cry of Havoc, Book 1) by John Hennessy

Hearing voices, Tom Navo decides to kill himself after murdering his boss. After stepping off the roof of a high rise, he changes his mind. He rescues himself only to die in another way. But did he really die or did someone swoop in from another planet and take him.
Tom finds himself in a room. It looks like heaven's waiting room. Once again he hears voices, they are telling him what afterlife door to pick. When he picks his door, he is dropped into a stranglehold with talking animals. Anakor'in is a human turned lizard. He has magic powers that he somehow makes Tom forget his old life, and gives him all new memories for the world he is now in.
Tom goes on an errand for Anakor'in, which starts his adventure.

I really liked the story and concept of this book. The characters are likable and well detailed.
Some of the author's wordplay was lame. Such as changing day to circuit (then using terms like tocircuit, birthcircuit, etc.).
I would recommend this to teenagers who like science fiction/fantasy.

This is a pretty good story; very creative. It could use a lot of editing though, since some parts are worded in a way that makes their meaning slightly confusing, and grammatical errors are present throughout.

You have subscribed to alerts for John Hennessy.

You have been added to John Hennessy's favorite list.

You can also sign-up to receive email notifications whenever John Hennessy releases a new book.