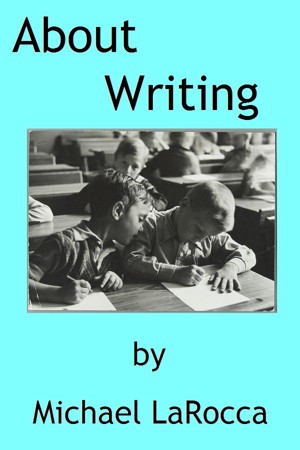 By Michael LaRocca
Everything I've learned over the past 30 years about improving your writing, publishing it, and promoting it after the sale.

Since the first 20 of those years involved collecting hundreds of rejection letters, we can hope I've learned a lot.

Never pay to be published!

Michael LaRocca was included in the 1982 Who's Who in American Writing before vanishing from the literary scene for 20 years. His published works include a short story anthology, nine novels, and seven nonfiction works.

Michael lived in China for six years, Thailand for five years, and Vietnam for one year before returning to North Carolina. He's a reading junkie, a bicycle nut, an avid hiker, and an NFL addict. His wife is from Australia and their 16-year-old world-travelling Calico cat is from Hong Kong. He says, "I bring home the best souvenirs."

He can be reached at http://www.MichaelEdits.com

You have subscribed to alerts for Michael LaRocca.

You have been added to Michael LaRocca's favorite list.

You can also sign-up to receive email notifications whenever Michael LaRocca releases a new book.