By Yolanda Jackson
Peter Carrot-top is the first ghost child to be born on Earth, he seeks the help of the Oracle who instructs him to return to his ghost world of Baja where he will fight aganist the Seven wizards of the forest and their Leagues of Extrodinary Monsters.

Buy the complet book at

Rockford, IL. I have been writing from the age of twelve, mostly

Fantasy and Sci-Fi, but my writing skills go far beyond the norm

into Horror and Animation. I first discovered my talent as a writer

when I complained about Robocop needing more action, but my

friends loved it. They dared me to come up with a movie better

than Robocop - and I did! My first book/script was Copper Kid,

it was about a computer programmed robot girl who fights crime

with jet-propelled wings and a computer brain. It was just great - well at least I thought so. Finally, I got them to read it and lo and behold they loved it. That was when I first knew maybe I had something.

As the years passed, I grew to hate school - it was not the place for me. I began to daydream about being a big movie director and owning my own studio. Of course, it never happened and I eventually finished school, but I hated everything but English class and writing assignments, which led me to my first hand-written novel, September Monkies, that I still have to this day. No one believed in my dreams and, consequently, they were swept aside as I went through this wonderful stage called "growing up".

I was a foster child my entire life - a ward of the State - and writing eased the pain of moving from one foster home to another or one group home to another. Every time I moved I tried to write a novel to help me cope with my new home, and because of this I became more involved in my writing. I began to imagine places that only exist in fantasy or animals that only inhabit one's imagination. Soon, this freed me to face reality and to know when not to face reality. While my friends were all dating and into boys, I was into creative writing, imagining fantastic creatures that don't exist or developing characters to which everyone in the world can relate.

When I was seventeen, the Department of Children and Family Services let me go and I was out into the real world on my own. That's when I realized that my dreams of writing would have to take a back seat to earning a living. The bills came first, and a roof over my head was more important than what had come to seem like just a dumb dream. It hurt to let my dreams slip away, but I had no choice. It was either work three jobs to get the bills paid or live in a fantasy land where the Fairy God Mother pays the bills. It did not take me long to realize that the Fairy God Mother did not exist. All the money I had for publishing had to be used for survival, and I threw my dreams aside to play the game of life. After years of working three jobs, I got tired and decided to give my dreams one more shot. I got a better job as a Sterile Tech in a trauma hospital and began making a little more money. So, I saved and saved and finally had had enough money to self publish, which has been a wonderful learning experience.

I have published my first novel in a series - Peter Carrot-top "In Search Of the 8th Key". My goal in writing is to not only improve my skills, but to get children of the world interested in reading and writing, to see the story unfolding in their minds, and to use their imaginations to dream and to dream big.

If you like Harry Potter you will love this!!
Peter Carrot-top New Fantasy Novel 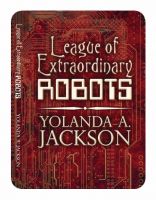 You have subscribed to alerts for Yolanda Jackson.

You have been added to Yolanda Jackson's favorite list.

You can also sign-up to receive email notifications whenever Yolanda Jackson releases a new book.