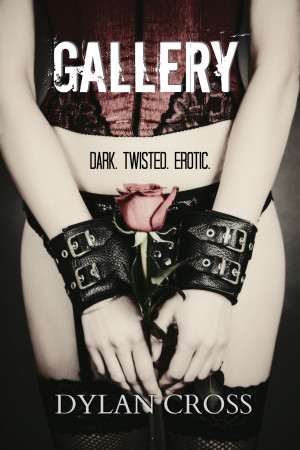 Reviews of Gallery by Dylan Cross

Review
stephanie speltz reviewed on Jan. 30, 2013
(no rating)
at 1st i didnt know what 2 think. i dont like the fact of humilating someone, but it in the story. i have 2 say it was hot! punishment but delight at the same time, and 2 have ppl watch. wow great job Dylan.

I am stunned & turned on all at the same time. I've never read that kind of erotica. Romance novels don't work nearly as fast. Oh yes....I will be reading more of these!

(reviewed the day of purchase)
sheila knight reviewed on Aug. 4, 2012

I love to see an underdog come out on top, and I love to see dickheads get what they deserve. This book has both! Dylan had me right there in that Gallery, seeing what he saw. Some scenes were so arousing I had to take a smoke break at work.....and I DON'T smoke! The narrator humiliated and tortured the 'bad guys' in ways most of us have thought of, but never had the balls to actually implement. Dylan served up a generous helping of 'just desserts'.

Dylan Cross has yet to fail me. Again, I found his story to be a complete turn on. It encompasses everything from electrocution to the most unimaginable types of sexual torture. This has been my favorite story of his thus far. I absolutely loved it and whether you are just staring to explore your darker side or just broadening your sexual horizons, I would highly recommend this story!

(reviewed the day of purchase)
mark smrek reviewed on July 7, 2012

Unbelievably wicked!  The author invites us into a realm of humiliation, sexual torment and hopelessness.  This is not a story for everyone, but if you are into this sort of thing, the images described within will stay with you, long after you put the book down...   The "Gallery" is an exhibit consisting of unwilling females (and one male).  Each of them has been brought there due to some sort of wrongdoing against the narrator--usually, something serious, but in one case it's for something as trivial as stealing a parking space at the grocery store.     In the majority of the scenarios, the form of punishment is related in some way to the transgression.  In one very graphic and tawdry scene, the victim's racial prejudice has cost the narrator her relationship with her boyfriend of another race.  As a result, the prisoner is subjected to constantly repeated interracial gangbangs, all for the entertainment of the gallery's patrons (and the narrator herself.)   What's great about the book is that each scene stands completely on its own, but are all also woven neatly together.

(reviewed the day of purchase)
rusti daddysgirl reviewed on July 7, 2012

very intense and hot book, if you like stories like this then you will love this book, I do