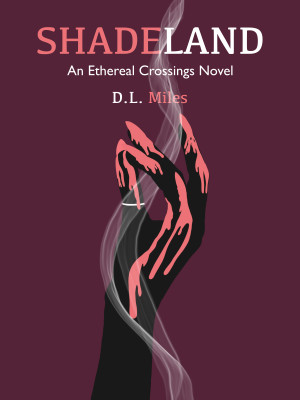 By D.L. Miles
Rated 4.50/5 based on 8 reviews
**Revised and updated for 2022!**It’s been one year since the creatures of Shadeland have exposed themselves to the world, but Liv doesn’t really care; she knew of them long before anyone else did because her friend Luke is one. But when women begin dying in her hometown, Luke gets blamed for the killings because he isn’t human and it sets Liv on a mission to find out who the killer really is. More
**Revised and updated for 2022!**
One year after the designated “Eidolon Revolution” and all the other-world demons have been exposed, Liv Burnett is still the same, apathetic person she ever was. And when a woman dies in her home town, Liv doesn’t think anything of it, choosing to focus on more normal things. But soon Luke is thrown into jail on the sole reason that he isn’t human and has been labeled as the Ellengale Nightstalker for crimes he didn’t commit.
Trying to figure everything out Liv realizes she has picked up her own stalker by the name of Jared; an aggressive but alluring man who claims he’s trying to find the real killer too. Taking a chance she normally wouldn’t, Liv follows Jared down dangerous roads in hopes of saving not only her friend, but the lives of other women in town.
Download: epub mobi (Kindle) pdf more Online Reader
lrf pdb txt
Price: Free! USD
Add to Library
Create Widget
Tags: urban fantasy mystery fantasy paranormal young adult supernatural teen young adult romance mystery adventure fiction fanstasy demons and magic
About D.L. Miles

Miles is a Sun Scorpio with the heart of a Moon Pisces. She began her publishing journey in 2012, admittedly maybe a little too soon. Her eclectic taste comes through in each book she writes, ranging from soft fantasy romances to dark brooding poetry to serial killers that hold a grudge.

For special offers and updates check out her Patreon! www.patreon.com/dlmilesbooks

About the Series: The Ethereal Crossings 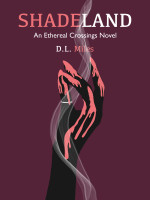 Liv is often apathetic towards everything around her, but that changes when her friend is imprisoned for murder, and an alluring bounty hunter comes to town.

Also in Series: The Ethereal Crossings 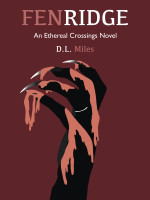 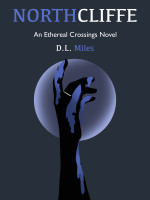 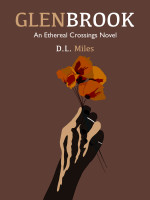 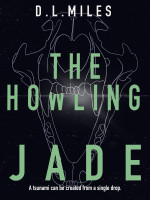 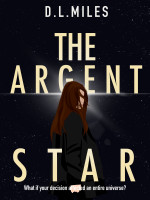 Reviews of Shadeland (The Ethereal Crossings, 1) by D.L. Miles

I LOVE this book, it is by far one of the best books I have ever read it captured me and wouldn't let go untill the end. Keep up the GREAT work, and just have fun with it!

A true page turner. I loved it!

Wow, this was a real page turner. It really had you guessing who the bad guy was. I certainly didn't guess who. On to the next book.

*Note - This is book one of The Ethereal Crossings

I totally loved this book! In Liv's world Eidolons (supernatural creatures) revealed themselves a year ago, resulting in a revolution that still causes pain today. The concept of supernatural creatures having willingly and openly revealed themselves was quite different from most fantasy/paranormal novels, and the fact that the reveal resulted in a revolution was especially interesting.

After reading Shadeland, I am fairly certain that Liv is one of my favorite main characters of all time. D. L. nicely avoided the stereotypes that many YA main characters are made of. Liv comes across as a very real, relatable seventeen-year-old girl. I also enjoyed that her best friend Luke was an Eidolon, because of this the two have a very special relationship and compliment each other very well.

The rest of the characters were quite fascinating as well. The bounty hunter, Jared was very awesome and I'm seriously hoping that he is in book two. We meet many other Eidolons as well, both good and bad. D. L. Miles breaks away from the common and presents unique creatures that aren't very well known in the paranormal genre right now.

To sum it up, this book was so good that I couldn't put it down! You definitely want to check out this novel! :)

Review by M. A. Bronson @ http://www.runawaypen.com/

3/5 stars: An informative Paranormal YA mystery, rife with unexpected thrills and an engaging protagonist.

I learned so much about mythological creatures from this book – particularly Etherics – and I look at the whole reading as an education. An enticing one, mind you, but one nonetheless. D.L. Miles exhibits a lot of creativity in her story and in the ideas that it brings across; I’ve never read a book quite like hers. I’m pleased to say that the sequel to Shadeland is most definitely a must-have! She left me hanging with that ending,Cliffhanger…why?!?, but the woman knows how to keep me coming back.

The story is as follows: The Eidolon ‘officially’ came out to the humans only recently, meaning the world knows that all the bumps in the night are real, and the weird dearth in the blood bank supplies…those there are vampire-related problems! Vampires, as well as others, have basically ripped down the invisible curtain of ignorance, and well, the humans are pissed. Naturally, they can’t quite deal with the fact that there are forces legitimately ‘better’ than they are, and for the first week following this coming out, protest fires are rampant. Liv, our protagonist happens to be best friends with an Eidolon, Luke. She’s a pretty easy-going girl, and except at the occasional ignorant pig, doesn’t get worked up by much. Liv lives and let’s live.

Ahaha, get it?! Oh gosh, these jokes are getting worse, aren’t they?

The two have been together since childhood and from then she’s known about him having special powers. She accepts him for what he is, if only the rest of the world did. People are harshly prejudiced against the Eidolon’s and Luke being one is kept pretty much on the down low to avoid unnecessary scrutiny. However, things do not go on as planned. He being an Eidolon plays a special part later in the story, mainly because when mysterious killings begin happening in their little town, Luke and Liv are right in the middle of it. Women are being targeted and Luke ends up being convicted. To help him, Liv joins forces with seemingly ill-natured but dangerously attractive bounty hunter, Jared. Not much for putting down roots, sorry Holding Carter, he’s in town only for the reward money being offered by a victim’s family member. Together, he and Liv hunt down the killer, encountering a host of peculiar people and interesting discoveries along the way.

I’ve got to hand it to Liv, for a YA protagonist, she was decidedly well-rounded and perceptive. She didn’t take much, if anything, for granted and the first half of the novel was brilliant because of her. I kept flipping through chapters and just loving it in her head, it was a good place to be. There are minimal grammatical issues and the writing is crisp and smart. Mystery plays an integral part in the happenings of Shadeland and I’m pleased to say that the story holds; well into three quarters of the book I was still wandering, ‘whodunit?’ There were red herrings, and when I thought I had it, Miles pleasantly surprised me by proving otherwise. The maturity of D.L.’s characters is admirable because of how humanly authentic they feel; she gives them emotions, but responsibilities as well. I mean it was revolutionary! A young adult protagonist with duty, say, employment? What you smoking?! Hah, I welcomed the change.

As you know, for the first part of this book, I was in love. The only points of contention are:

1.) The continuation of said awesomeness, it did not continue. Things began to lag.

2.) Certain aspects of the Eidolon’s are confusing and not fully explained, I mean, the bulk of knowledge comes from a sporadically present Eidolon scholar, who persists in his reluctance to divulge ‘precious knowledge.’ I wouldn’t have minded an expansion on detail, and more information in terms of some obscure mythical creatures. The world building, or at least the explanation of it was lacking, and I’m looking to the second book to remedy this.

3.) The pacing bothered me. I mentioned that the second quarter of Shadeland lost steam, and this is mainly because things got abrupt and monotonous, a weird combination I know, but it seemed as though the characters were not moving anywhere but revisiting the same places over and over. Things really began to slow, and this is perhaps necessary for a mystery novel, inspecting clues and whatnot, but I would have liked to see more of the town outside of the 3-4 primary locations.

4.) Liv and Luke’s relationship was a bit hazy for me, mainly because the opportunity to see them interacting outside of the craziness wasn’t fully provided. There was so much going on that they never got to be ‘friends.’ Sure, Liv sticks her neck out for him, but all we really get to see of Luke is a mixture of confusion and morose temperament; I missed experiencing his and Liv’s connection.

Besides that, I have no qualms with either Shadeland or D.L. Miles. She is a great author with loads of promise, and I was happy to review this book for her. A copy was provided through Smashwords and I am grateful! Regardless of the few problems, this is still an interestingly good book. A lot happens and there is no sense of disappointment post its completion, just a need for answers. This is why I need the sequel! 3/5 stars , give Shadeland a try!

Downloaded it for free and it was definitely worth my time!

It looks nice.Will look forward to reading it.

You have subscribed to Smashwords Alerts new release notifications for D.L. Miles.

You have been added to D.L. Miles's favorite list.

You can also sign-up to receive email notifications whenever D.L. Miles releases a new book.