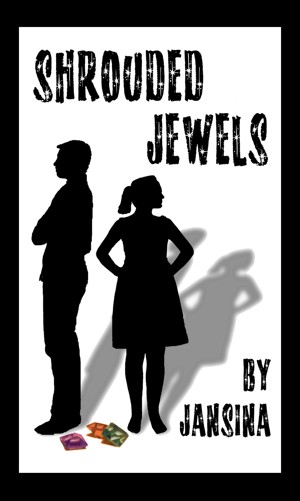 By Jansina
Rated 4.50/5 based on 2 reviews
Davey Blake’s invitation to the Benson’s home is evidence of his good character, but Mical Benson knows it is the perfect opportunity for him to steal her father’s great wealth.

In spite of her suspicions, Mical eventually falls into his 'trap' and moves beyond mutual loathing. When Davey’s past returns, all he has built up may be lost forever… More
Mical Benson’s father is guarded, so Davey Blake’s invitation to the Benson’s home is evidence of his good character. Still, Mical knows it is the perfect opportunity for him to work his way into their hearts before stealing her father’s great wealth.

In spite of her suspicions, Mical eventually falls into his 'trap'. As they move beyond mutual loathing, they learn that some things aren’t as obvious as they first appear. Everything is working in their favor, but when Davey’s past returns, all he has built up may be lost forever…

Jansina has been writing ever since she could do more than make meaningless scribbles with a crayon. She began her writing career at 13 with a newspaper column, Jansina's Journal.

Her goal is to create realistic Christian fiction for young adults that will both entertain and inspire. This is her first published novel, though she has over one hundred published articles, short stories and poems in various newspapers and magazines (including the Saint Paul Pioneer Press and Brio).

She is a native of Minnesota, and a few years ago discovered Backus, a little-known town of 300. Although she may never live there herself, she lives vicariously through her characters. Jansina is in the process of writing two additional novels, and several short stories-all with the setting loosely based on that little town. Many of the characters in Forgotten Memories play larger parts in those stories.

When not writing, Jansina works in marketing, and also copy edits others' books, scholarly papers and articles. In her spare time she enjoys Irish and swing dancing, singing, and rereading Austen's novels. She doesn't spend much time in cemeteries. 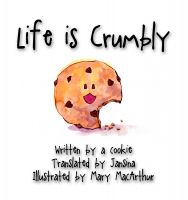 Reviews of Shrouded Jewels by Jansina

Age Appropriate For: 16 and up (some thematic elements)
Best for Ages: 16 and up

There were only two things that had issue with in this book. The first and foremost being that it ends on a cliffhanger and the second book isn’t out yet. The second is that some things were not as clear as they should have been. I thought the story was about of teens for the first few chapters, only to find that the kids I am reading about were in their early twenties.

The characters were awesome. Not many independently published authors have characters as well developed as Jansina has. Michal was a troubled but very likeable person. I love how she strives to protect her siblings from her father’s fits of rage and works to keep them together. Her two siblings were also very lovable even though they have suffered at the hand of their father. Davey was by far my favorite. I loved his background, his faith, his relationship with his parents, and his high standards. I also loved his ideas of church and the Fathers love for us.

The story itself was good, but hard at times. I loved the realism of it. Even in the end, there are many things that are not resolved. Some of the characters make some big mistakes. Without giving anything away, let me just say that that some secrets are kept that will cause the characters heartache in the future.

I recommend this book to those who like realistic books with characters that have real problems and dilemmas, but also with a strong faith element.

I received this book from the author in exchange for my honest review. I was under no obligation to write a positive review. The opinions in this review are entirely my own.

This is a wonderful quick read. I had to keep reading to find out the characters next developments. Loved the mystery and humor too. Jansina has a wonderful way of writing moral books with subtle messages and I look forward to reading more of her writings.

You have subscribed to alerts for Jansina.

You can also sign-up to receive email notifications whenever Jansina releases a new book.