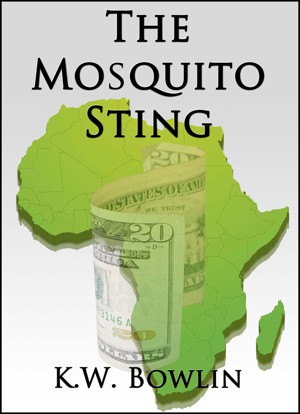 Kelly Bowlin lives in Los Angeles and writes for a several publications including The LA Examiner, The Digital Journal, AND Magazine, The Comic Bible and Road & Travel Magazine. “The Mosquito Sting” is his debut novel. He’s also completed a historical fiction novel set in Kentucky circa 1945 titled “Them Green Hills” and a non-fiction work titled “How to Walk Away from your Mortgage, Marriage, Religion, and Anything Else That Might Be Ruining Your Life.” He’s also written a collection of 28 short stories titled “Living & Dying in Shorts.

In addition to writing, he’s is a road-tested singer/songwriter and has performed with Dwight Yoakam, Junior Brown, Buddy Guy, and Joe Ely. In 2006 he won the Southern California Music Award for “Best Rock Single.”

Kelly is married with four grown kids and spends much of his time caretaking his rescued ornery Lhasa Apso puppy Coby.

Reviews of The Mosquito Sting by K.W. Bowlin

You have subscribed to Smashwords Alerts new release notifications for K.W. Bowlin.

You have been added to K.W. Bowlin's favorite list.

You can also sign-up to receive email notifications whenever K.W. Bowlin releases a new book.