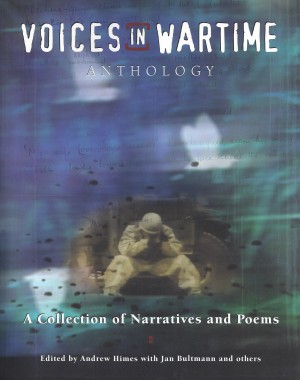 Andrew Himes, author of The Sword of the Lord: The Roots of Fundamentalism in an American Family (www.swordofthelordbook.com), is the grandson of John R. Rice, the dean of American fundamentalists for decades until his death in 1980. Rice mentored many younger Baptist preachers including Billy Graham and Jerry Falwell, and founded and edited The Sword of the Lord newspaper. In addition to his granddad, Himes comes from a long line of fundamentalist preachers, including his dad, brother, uncles and great uncles, various cousins, and great-granddad Will Rice, who was both a Baptist preacher and a leader in Texas of the Ku Klux Klan. Himes was a youthful rebel and activist in the civil rights and peace movements of the 1960s, and only later in life began a spiritual journey to reconnect with and redefine his family's spiritual heritage. In other roles, Himes was founding director of Charter for Compassion International. Himes produced the 2005 film Voices in Wartime, a documentary that used poetry to explore the trauma of war (www.voicesinwartime.org). He founded the Voices Education Project (www.voiceseducation.org). He was co-editor of the Voices in Wartime Anthology and director of the short film on PTSD, Beyond Wartime. He was co-founder of the international movement "Poets Against the War" in 2003. In the early 90s he was founding editor of the Microsoft Developer Network, and he helped pioneer Microsoft's embrace of the Internet by managing the team that built the company's first web site. In the 1980s he was founding editor of MacTech, the journal of Apple Computer technology (www.mactech.com).

Voices in Wartime Movie Trailer
Voices in Wartime began in 2004 as a feature-length documentary that sharply etches the experience of war through powerful images and the words of poets – unknown and world-famous. Soldiers, journalists, historians and experts on combat interviewed in Voices in Wartime add diverse perspectives on war’s effects on soldiers, civilians and society.

Reviews of Voices in Wartime Anthology by Andrew Himes

You have subscribed to alerts for Andrew Himes.

You have been added to Andrew Himes's favorite list.

You can also sign-up to receive email notifications whenever Andrew Himes releases a new book.