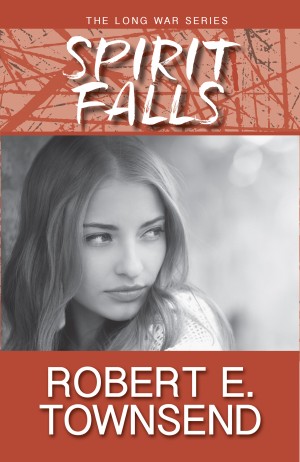 By Robert Townsend
Rated 4.00/5 based on 1 review
Spirit Falls is the first novel in Townsend's The Long War series. It is an affecting story of childhood friendship growing into profound love, a coming-of-age novel set in the empty and hardscrabble landscape of Michigan’s Upper Peninsula. More
They were but children when in 1947 the Soviet Union named the United States as 'the main enemy.’

Spirit Falls is the first novel in Townsend's The Long War series. It is an affecting story of childhood friendship growing into profound love, a coming-of-age novel set in the empty and hardscrabble landscape of Michigan’s Upper Peninsula.

The Korean War rages. Marie Jeanne Charbonneau, a French-Canadian, and Ricky Belisle, Serbian and Scots-Irish, befriend one another at the one-room Spirit Falls Graded School on Michigan’s isolated Upper Peninsula, and grow up together wandering the forests, lakes and swamps. As the novel opens, they are in the tenth grade, when children in these isolated rural communities either quit, or moved elsewhere to complete their education. On the eve of the longest night of the year, a stranger appears bringing with her new influences and a longing for the wider world. A Lake Superior storm brings the two teenagers face-to-face with death and the knowledge of good and evil which drives them from Eden into the world.    The Long War is about America’s late twentieth century wars and the lives of four children from childhood innocence, their growth into momentary key players in blundering and bloody struggles of their titan twentieth century empires into which they were born.

Townsend comes from a long line––father, grandfathers and great-grandfathers––of soldiers, American and pre-American. Slavic on his mother’s, deep-south redneck on the father&#39;s side, his parents managed money poorly and told stories well. Spare, pithy, lasting the duration of a Pall Mall cigarette, the tales were to entertain while teaching. No one is completely useless, he was told. He can always serve as a bad example.

He learned this lesson––storytellers are treasured, liars are vexing and both are so often one and the same. The craft is shared; the objectives differ. However, when the skilled liar is armed, crazed and planning Armageddon, ambiguity in matters of war and peace and life and death have vexed the earth.

His stories and novels arise from family history, fables and stories told around the kitchen table as well as his own experiences in America’s late 20th century ambiguous wars, deceptions and counter-deceptions.

Fluent in Russian and German with a combat vocabulary in French, Townsend is a graduate of the University of Wisconsin (BA), studied at Freies Universitat Berlin (Certifikat), and received and MA from Georgetown University. Since leaving the intelligence business, he has turned his attention to writing stories and essays, an early passion waylaid by life and work.

The Long War is a novel series addressing deception, war and peace in the 20th century world of both contrived and actual moral ambiguity.
In 1947, the Soviet security services named the United States as &#39;the main enemy.’ The Cold War was joined. Four teens, born half-worlds apart, children of their nations&#39; greatest generation, come of age in the 1950s, each in their small-town Eden, cast out to encounter one another on the front lines in the war for control of the imagination.
He follows four main characters: Two Russians; Danton Larionov and Ekaterina Soroka, one American; Richard Belisle, and a Canadian; Marie Jeanne Charbonneau. These four cross paths, destinies, and swords as they stalk, deceive and love across the world. They trust and double-cross one another, fast friends and bitter enemies, give faith and deceive while striving to live in accordance within their moral codes in an amoral world.

About the Series: The Long War

In 1945, the twentieth century wars paused. After thirty years of episodic slaughter, two nations remained standing, the US and USSR. Each armed itself with doomsday weapons. Stupored by unrelenting death, sobered by threat of nuclear conflagration, yet another generation groomed for The Long War.

The Long War series examine the Soviet and American post-WWII war of deception through the eyes of four protagonists, who were but children when in 1947 the Soviet Union designated the United States as 'the main enemy.’

Richard Belisle and his French-Canadian childhood friend, Marie-Jeanne Charbonneau, cross paths and cross swords with Danton Larionov and Ekaterina Soroka. They trust and betray one another, give faith and deceive, become fast friends and bitter enemies, each striving to live within a moral code in an immoral world. The novel series addresses deception in war and peace in a 20th century world of contrived and real ambiguity.

Also in Series: The Long War 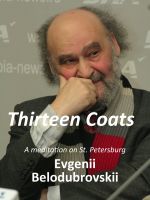 Even though this book was written in a time before my existence, I truly enjoyed it. The imagery is described so well, I felt like I was really there with Ricky and MJ. While I would have liked the plot to move a little quicker, I still found it difficult to put the book down. I look forward to the next books!

You have subscribed to alerts for Robert Townsend.

You have been added to Robert Townsend's favorite list.

You can also sign-up to receive email notifications whenever Robert Townsend releases a new book.