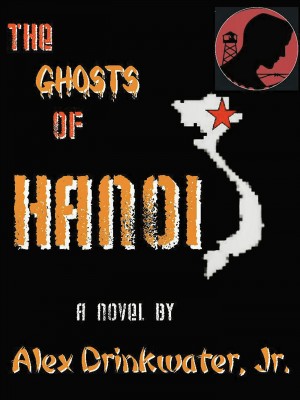 The Ghosts of Hanoi

Anthony "Buzz" Basilio is an intelligence analyst working on Vietnam POW/MIA issues. Many believe there are Americans still alive in Vietnam and pressure is on to find them, but Buzz doesn't believe it. In his zeal to prove the issue is a scam orchestrated by Hanoi to blackmail the US, he makes a few enemies, and meets a beautiful girl whose father is one of his enemies--and wants him eliminated! More
“According to the Defense Prisoner of War/Missing Personnel Office there are still 1,681 U.S. servicemen still unaccounted for from the Vietnam War.” That statement comes from the Defense Prisoner of War/Missing Personnel Office (DPMO), and is dated 27 March 2012. During the late 1970s and 1980s, a large number of people including influential members of the US Government believed there were large numbers of US servicemen still held in captivity in Southeast Asia by the Communist governments of Vietnam and Laos. “The Ghosts of Hanoi” is the story of an intrepid intelligence analyst working in the Pentagon’s office charged with investigating “sightings” of POWs in Southeast Asia. There is pressure from his superiors to “prove” there are still men held captive but he doesn’t believe it. Striking out on his own, he discovers what seems to be a huge conspiracy by the Hanoi government and certain Vietnamese-Americans living outside Washington, DC to convince the US that there are live POWs over there, while simultaneously denying it at the official level. But why? That’s what leads Anthony “Buzz” Basilio on the adventure of his lifetime that almost costs him his freedom. “Ghosts” is a work of fiction written by a former POW/MIA investigator dealing with an issue that still stubbornly refuses to go away - the fate of almost 1700 US servicemen still unaccounted for in a war that everyone wants to forget.

I was born to Alexander and Josephine Drinkwater in Providence, Rhode Island in 1945. After my father (who was a somewhat successful writer of fiction among other things) died in 1954, I was raised by my mother, a bookkeeper for one of the major jewelry firms in Providence. Although the last name is English, my heritage is Italian as “Drinkwater” is a translation of the original family name “Bevilacqua,” a change which took place in the early part of the 20th Century.

I attended the University of Rhode Island for one year and then dropped out to join the U.S. Army in 1966. Three and one-half years in the Army included one year in Vietnam and one year in Europe in various Army Intelligence assignments. In 1969, I was discharged and, after taking a couple of courses in night school, entered Rhode Island College in 1970, graduating with a BA degree in 1973 (Political Science major).

In 1974, I got married, took a job with the Defense Intelligence Agency and moved to the Washington, D.C. area. The marriage lasted five years while the job with DIA lasted fourteen. During this time I obtained an MA from Georgetown University (International Relations). Assignments in DIA were primarily analytical in nature, with the Soviet space program being my prime area of interest. My desire to write fiction manifested itself around 1979 and, in 1981, I began my first novel, entitled “The Ghosts of Hanoi.” This dealt with the aftermath of the Vietnam War and the question whether prisoners of war were still being held in Southeast Asia (and can be purchased as an ebook right here on Smashwords).

In 1988, I switched jobs, becoming a weapons system threat analyst for Air Force Systems Command. In 1991, AFSC merged with AF Logistics Command and my job transferred to Wright-Patterson Air Force Base, Dayton, Ohio where I lived for ten years. During this time, I started my second novel, “Duly Constituted Authority," concerning a revolt of the Joint Chiefs of Staff against a White House bent on radicalizing the military. In 2001, I retired from government service and took a job as a counterterrorism analyst with Science Applications International Corporation (SAIC) and relocated to the United Kingdom where I lived for almost eight years. The work was extremely interesting, although security considerations prevent me from talking (or writing) about it. There I met my second wife, Cathy, and we got married in the UK. We returned to the States in 2009, and now live in northern Rhode Island.

In addition to the two novels, I have written a third which is a science fiction thriller called "In the Name of the Sun" which is available here at Smashwords as well as Amazon.com. I have also written a dozen or so short stories. My longer fiction can be categorized more or less as “military/espionage thrillers” while most of my short stories are science fiction or horror. I have published short fiction in an online magazine, Anotherealm.com, and another short story was published in Gate-Way Science Fiction Magazine.

The Ghosts of Hanoi - A Novel
The Vietnam War is over, yet thousands of guys are still missing. Are there still a couple of thousand guys still in captivity in Southeast Asia, or does someone want us to THINK there are? This adventure novel explores that possibility. 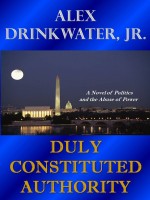 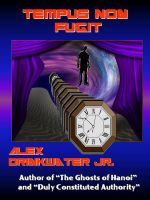 You have subscribed to alerts for Alex Drinkwater, Jr..

You have been added to Alex Drinkwater, Jr.'s favorite list.

You can also sign-up to receive email notifications whenever Alex Drinkwater, Jr. releases a new book.