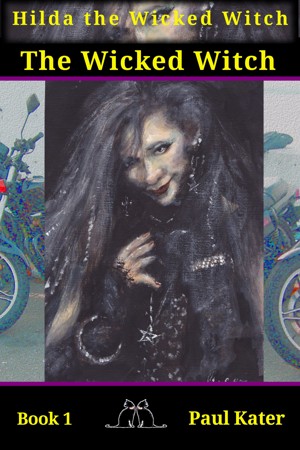 By Paul Kater
Rated 4.00/5 based on 4 reviews
A fairy-land witch is transported to our world as a mishap makes a spell blow up in her face and mirror. The journey home is one filled with struggle, problems and many misunderstandings.
Download: epub mobi (Kindle) pdf more Online Reader
rtf lrf pdb txt
Price: Free! USD
Add to Library
Create Widget
Tags: fantasy magic witch humour
About Paul Kater

Paul Kater was born in the Netherlands in 1960. He quickly developed a feel for languages but did not pursue a career in those as his native language, Dutch, did not offer many options in that time.

Since 2003 he's been writing seriously, first posting his scribblings to an amateur writers mailinglist, and then publishing shorter and longer stories on the internet. Paul currently lives in Cuijk (the Netherlands), with his two cats, his books and the many characters he's developed in the past years, who claim he is a figment of their imagination.

Paul mainly writes Fantasy and Science Fiction/Steampunk but also tries his luck in other genres.

Visit the author at http://www.paulkater.com

Interested in other English-writing Dutch authors? Have a look at http://adutchtreat.wordpress.com/!

Paul Kater is an awesome author! I love all of his Hilda books!

I enjoyed this story very much. The protagonist Hilda is so much out of her comfort zone that it's easy to empathize with her. I loved the "ancient one" who shows up (so much like my own ancient one). The obstacles Hilda has to overcome are well thought out but the language of the bikers and some of their actions (especially the way they treat their women) would make this more appropriate for older children.

Thank you for providing a fun read.

Grimhilda or Hilda to her friends is not a nice witch. In fact, she is a wicked witch. She belongs in a land where magic is common and fairies are seen flitting by on their daily chores. Hilda is used to having things go her way, She is in the middle of doing what she is expected to do when a chance slapping of a book page in our world and the release of energy from her wand in hers, causes a shift in the paradigm. She did not ask to be transported to our world and set against the odds of being understood by humans. But she does her best to survive and return to the land from whence she came.

Paul has done a good job of portraying a trapped witch. I could feel her confusion and understand why she turned people into frogs without guilt. I knew from his portrayal of her that it was a normal thing for her to do in her world. We might see her as spoiled, throwing a temper-tantrum if she did not get what she wanted immediately, but she was not used to waiting for her desires to be fulfilled.

Paul allows Hilda to have just enough magic with her to use the common things around her and create what she needs to find her way back to her world, but she also has to overcome several difficulties, such as a motorcycle gang. He also wants the reader to understand that she could be nice if she felt she was being treated fairly. She has respect for knowledge and truth and in the end, is helped by someone who respects her and her magic.

I enjoyed Hilda, it was cute and light, a fairytale in today's world of vampires and zombies. I was rooting for her. I do still wonder if the people she used her magic on were released after a time. I hate to think that poor man is still a frog.

However, there is strong language throughout. I would rate it PG13.

Also, there are a few rare stumbles in wording but I am in awe of Paul's command of our English language as this is not his mother tongue.

All in all, a fun read and I hope to see more of Hilda here on Smashwords.

You have subscribed to alerts for Paul Kater.

You have been added to Paul Kater's favorite list.

You can also sign-up to receive email notifications whenever Paul Kater releases a new book.