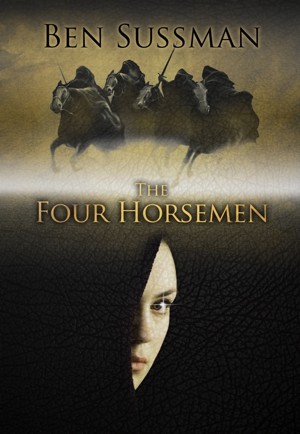 By Ben Sussman
They are real. They are the harbingers of the Apocalypse. And only one woman stands between them and us.

THE FOUR HORSEMEN is a race-against-the-clock thriller starring Andie Sullivan, who must battle a shadowy government force and ruthless terrorist vying for the treasure's unfathomable power before time runs out.

A Los Angeles native, Ben Sussman departed the left coast on a writing scholarship to New York University's Tisch School of the Arts. After earning his Bachelor of Fine Arts, he returned to Hollywood where he held positions at Creative Artists Agency, Paramount Pictures and Disney.

He currently resides in Los Angeles.

You have subscribed to alerts for Ben Sussman.

You have been added to Ben Sussman's favorite list.

You can also sign-up to receive email notifications whenever Ben Sussman releases a new book.