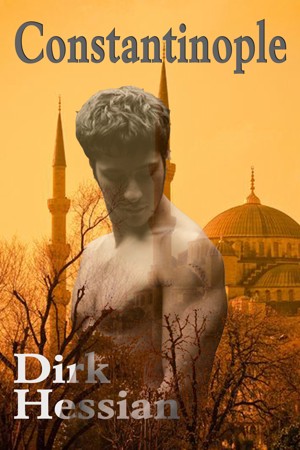 Along the way, and once spit out in Constantinople along with hundreds of other destitute White Russians, Pyotr lives by his wits and his ability to survive by using men who want to use him.

During his struggle to survive he has also pursued the mysterious Katya Betskoya, who harbors a shocking secret and who he has saved from being trampled on the dock at Sevastopol before he is evacuated to Constantinople to live by selling his body on the streets, eventually becoming a chauffeur to an importer. From thence, he finds himself in the Turkish port of Smyrna, where, once again, he is put in physical danger and is caught up in another pogrom, this time pitting Turks against Greeks and Armenians. The illusive Katya appears here, this time in the role of Pyotr’s savior, and he faces yet another need to evacuate to relative safety.

While becoming less and less enchanted by the White Russian cause and more determined to remake himself into a new person and to win Katya, Pyotr gives himself over to the lusts of other men to survive and live against the backdrop of some of the most momentous events to occur in the Black Sea region in the 1920s. This is almost as much a history of the calamitous times as it is of the personal struggle to survive and thrive of a young nobleman in a time of revolution and chaos.
Available ebook formats: epub mobi pdf lrf pdb html
First 10% Sample: epub mobi (Kindle) lrf more Online Reader
pdb
Price: $4.99 USD
Buy Add to Library Give as a Gift
How gifting works
Create Widget
Tags: military historical crimea gay romance transgender transsexual turkey russian revolution male prostitution transgender romance
About Dirk Hessian

An artist and writer, Dirk has always been interested in history and legends, particularly those of the Mediterranean and Asia. His fantasy works are full of ordinary men, and men who are in touch with forces beyond those of mortal men, fighting for their homelands in unusual ways.

About the Series: Transgender Collection

You have subscribed to alerts for Dirk Hessian.

You have been added to Dirk Hessian's favorite list.

You can also sign-up to receive email notifications whenever Dirk Hessian releases a new book.