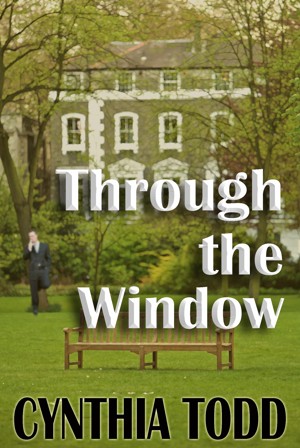 By Cynthia Todd
Rated 4.00/5 based on 1 reviews
The WWII love affair between Carson Fox and Abigail Watts begins long before they know each others' names, long before they’ve even met. It begins when, unbeknownst to each other, they’re secretly watching one another through different windows of the same house. More
After his parents are killed in an automobile accident, Carson Fox finds himself hiding out in one of the guest rooms of a stately mansion, none of the staff or residents aware of his presence.

Abigail, the daughter of Duncan Watts, a wealthy British diplomat who owns the property in question, watches Carson from her wing of the mansion, wondering who he is and what he's doing on her father's property.

In a story that carries us from London to Hong Kong and back again, Carson and Abigail's blossoming love unfolds against a backdrop of political intrigue, betrayal, blackmail, and false accusations - a lethal cocktail that might very well doom their relationship.

Cynthia Todd received a Master’s Degree in Psychology from the University of Utah. After a career in that field, which included a variety of stops, she began her second profession, this time as a small business owner. Ms. Todd is now
semi-retired and lives in Phoenix, Arizona, where she concentrates on her writing.

A potpourri of life in England during and post WWll. Exciting opening scenes of espionage and intrigue followed by a lull of ambition and a period of healing for the lead character.
Enter Romance and a dog who becomes the connection between the couple who sees each other through a window of the same large house.
The human failings of jealousy and power abuse cause the couple to separate for a period of two years ...one staying in England and the other traveling to Hong Kong.
The tale is not without moral lessons. Sometimes what seems to be the worst thing that could happen in life is, in the end, the best. The leading character portrays a power that lies within all of us -- to build and rebuild---if, we are at out core survivors.

You have subscribed to alerts for Cynthia Todd.

You have been added to Cynthia Todd's favorite list.

You can also sign-up to receive email notifications whenever Cynthia Todd releases a new book.