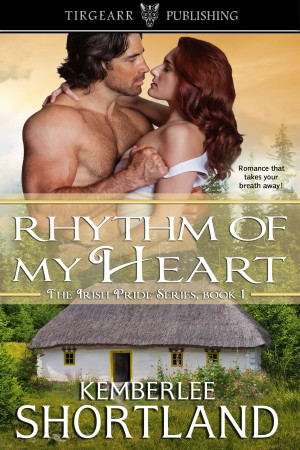 Eilis Kennedy, gave up a singing career to become an Artists Representative with Eireann Records. Kieran Vaughan is just the talent she needs to contract who will really launch her career, while at the same time getting her out from under her boss's thumb. Fergus Manley vows to have Eilis in his bed at any cost. More
Artist Representative, Eilis Kennedy, gave up a singing career so that other women could have a fair chance at having their music heard. Having suffered rejection from callous men in the industry, she thought she would get away from ‘casting couch’ mentality. But when she finds herself in the office of Fergus Manley, all bets are off. Disgusted by his continual come-ons and lewd invitations, Eilis is looking for ‘the one’ who will take her career to the next level, getting out from under Fergus’s controlling thumb.

Aspiring blues guitarist, Kieran Vaughan, is looking for his big break. But after suffering near bankruptcy at the hands of an unscrupulous business partner, Kieran is left picking up the pieces. He’s unsure if the debts will ever be paid or if he’ll ever have a chance to do something with his music. At his whit’s end, he’s about ready to throw in the towel and find a full-time job with real hours.

When Eilis discovers Kieran playing in a seedy pub in Dublin’s Northside, she knows he’s the one rare talent she’s been searching for. With her know-how and his talent, Eilis will finally get everything she’s been waiting for. Neither of them count on the powerful attraction from first meeting. Eilis is so rocked by Keiran’s forthright words that it sends her running. Kieran risks being arrested as he chases Eilis across Ireland.

Seeing what’s happening between Eilis and Kieran, anger wells inside Fergus and he steps up his pursuit of Eilis. Refusing to let Kieran get in his way, Fergus vows to add Eilis’s notch to his bedpost, whatever it takes.

You have subscribed to alerts for Kemberlee Shortland.