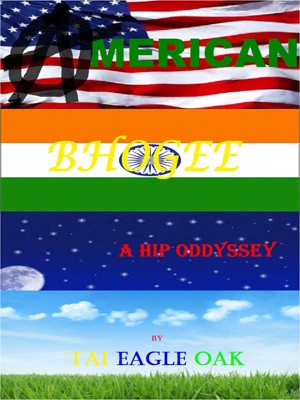 Tai Eagle Oak was born and raised in and around San Diego, California where he finished high school then at age 19 was drafted into the US Army. Upon his release from the service he entered into the hip life and has never looked back. Tai met Kelly in 1973. Shortly after which they started living with each other and have been together ever since. When not traveling the world, they are usually living out of their VW Van roaming the west coast of America. So, if you happen to see them, stop and have a chat. They’re always happy to meet new friends, and as Kelly says, “Maybe we’ll see ya around if your not too square.”
Kelly and Tai can be reached at: omkijai@yahoo.com.

You have subscribed to alerts for Tai Oak.

You have been added to Tai Oak's favorite list.

You can also sign-up to receive email notifications whenever Tai Oak releases a new book.