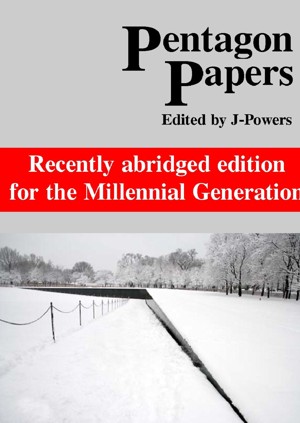 John Powers (a.k.a. J.M. Powers and J-Powers) has had the uncommon experience of growing up in urban Los Angeles at a time of great upheaval. “My coming of age impelled me to strive to make a difference with my life,” notes Powers. His chosen field when he entered the University of Southern California was theater, specifically writing. He has employed theater, writing, and video intensively in recent years to bring to life some of the most compelling experiences that our nation has witnessed. “People are hungry for discovery and meaningful engagement with others,” observes Powers. “Through theater and publications that explore compelling experiences, we can begin our own search in an environment that assures us that we are not alone.” 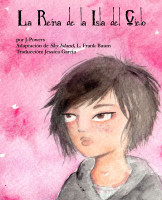 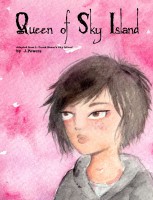 I’m giving a 5 star review to J. Powers book "The Pentagon Papers". The Millenial Generation, people born in the 1980's through the 2000's, may know nothing about the importance of the Pentagon Papers. Powers book makes no attempt to provide a detailed and full version of the "Papers" but instead to provide a kind of outline of them and explain the US involvement in Vietnam.

The aim of this publication, drawn exclusively from the original work, is to restore the currency of the Papers to a new generation who find their nation engaged in another "endless war." This new generation will discover that we have been here before and that it will not end without concerted effort to impose transparency and accountability on our leaders.
Powers has succeeded in his objective and reminded us that our entrance in the war in Iraq was not the first time we had been lied to.

This is the opening paragraph on the subject from Wikipedia:
"The Pentagon Papers, officially titled United States - Vietnam Relations, 1945-1967: A Study Prepared by the Department of Defense, is a United States Department of Defense history of the United States' political-military involvement in Vietnam from 1945 to 1967. The papers were discovered and released by Daniel Ellsberg, and first brought to the attention of the public on the front page of The New York Times in 1971. A 1996 article in The New York Times said that the Pentagon Papers had demonstrated, among other things, that the Johnson Administration "systematically lied, not only to the public but also to Congress."

After reading Pentagon Papers, I believe J. Powers succeeded in offering the Millenial Generation an insider view of some of the political lessons learned from the Vietnam War. By narrating key passages from the perspective of the important players, the reader is skillfully drawn in to experience this historic real-life drama.

Although I am a child of the sixties, I was very grateful for the user-friendly abridged version because I share the preference of the Millenial Generation for instant information gratification. The author obviously knows his audience well as evidenced by the strategically placed web addresses for deeper exploration into each topic.

I found this book to be well written, very informative and will definitely recommend it. I share the hope of Mr. Powers that the current generation will learn from this critical history and not allow it to be repeated.

You have subscribed to alerts for J.M. Powers.

You have been added to J.M. Powers's favorite list.

You can also sign-up to receive email notifications whenever J.M. Powers releases a new book.