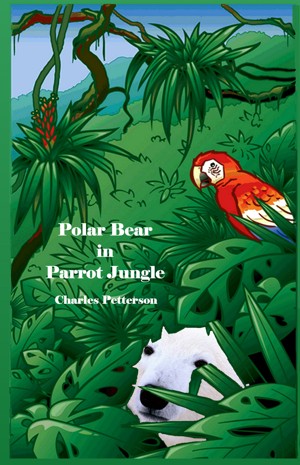 Polar Bear in Parrot Jungle, Book one of the Polar Bear Trilogy

Thanks for visiting my smashwords page. I'm originally from Minneapolis Minnesota. After Graduating from Roosevelt High School in 1963, I joined the Navy. I served in the Atlantic Submarine Force following Nuclear Power training until 1972. I served with Cdr Crispin, Mack, Greene, and Peterson. I participated in operations that were awarded two Meritorious Unit Citations,and a Presidential Unit Citation. I was awarded the Navy/Marine Corps Achievement Medal.
I have been married to my wonderful lover and partner, Lynn, for 46 years. We have lived all over the country and settled in the Omaha, NE area in 1988. We currently live with three dogs in rural Harrison County, Iowa.
I write alot about the people I met in the Navy and their/my experiences with a touch of spice thrown in to make it interesting.

About the Series: Polar Bear Trilogy 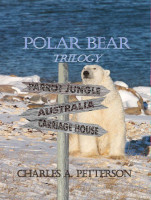 Jason Beckman, enlisted Navy man, is coerced into standing for his division officer at a high society wedding. Jason doesn't have a date and ends up paired with the grooms snobby cousin.

Jason questions his decision to advance the relationship with his convenience date, a decision he will reflect on through the trilogy. 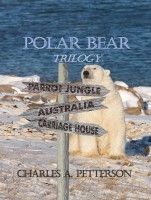 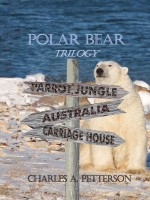 A good read. The characters and the setting have believable details and the plot kept moving. The ending was not a surprise, but was not predictable either. I had trouble putting the book down, and returned to reading more quickly than usual. Again, a good read.

(reviewed 22 days after purchase)
Sally Garfield reviewed on Sep. 14, 2010
(no rating)
From the opening paragraph, Petterson shows he can effectively write comedy. As the story progresses, it just keeps getting richer. And protagonist Jayson Beckman in smarts and wit is more than a match for the wealthy elites. However, anxiety dogs this North Dakota farm boy & enlistee in the Navy, conflicted by class differences when he attends, as best man, a Navy officer’s wedding. One of the ironies is that with little coaxing on his part, his healthy libido is gladly satisfied by the rich dames. For a person considered lower class by the beautiful snobs, he certainly does well in the getting-laid department, a lot; although the class differences stubbornly remain.
His most glorious moment, however, for this reader, is when he stands up to the politically powerful and rich father of a girl he's bedded. His uncompromising integrity shines.
And then some fine writing when the protagonist awakens immobile. (Don't want to give away the circumstances.) The rich usually hang with the rich, but Petterson makes it plausible that a rich graduate from MIT could fall for this bright, straight talking "unsophisticated" man. Liked the poignant ending. Worth the read, especially when it comes to Petterson's comic talents.

You have subscribed to alerts for Charles Petterson.

You have been added to Charles Petterson's favorite list.

You can also sign-up to receive email notifications whenever Charles Petterson releases a new book.