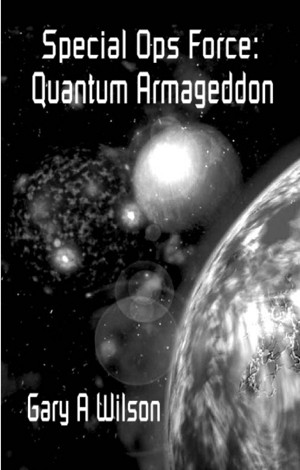 By Gary Wilson
Convicted mass murderer Rillius facing execution on Minarin Prime. His alternate reality double shows up and all hell breaks loose. His tampering with the inter dimensional barrier has unleashed the most dangerous adversary the galaxy has faced: The Terran Empire.

The Special Ops Force must stop these intergalactic terrorists before the barrier is destroyed resulting in: Quantum Armageddon. More
The latest novel in the "Defense Force Series" -

The fourth novel in the Defense Force Series picks up where TDF:2025 left off: Convicted mass murderer Rillius facing execution on Minarin Prime. His alternate reality double shows up and all hell breaks loose. His tampering with the inter dimensional barrier has unleashed the most dangerous threat our galaxy has ever faced The brutal and sadistic Terran Empire. Special Ops Commander Robert Tucker must deal with an adversary that knows him better than he knows himself. His forces must stop these inter-galactic terrorists before the destroy the barrier, resulting in ... Quantum Armageddon.

ADF: The Triangle- When the United States faces the threat of a dirty bomb, Major Robert Tucker na dthe 27th Air Wing of the American Defense Force responds to the attack. While fighting enemy forces in the Bermuda triangle, one by one the combatants disappear. They must set aside their differences defeat a common foe and find their way home to prevent a global disaster.

CDF: Sake of Time - Ten years after the "Triangle incident" which led to the formation of the Covert Defense Force, General Robert Tucker receives an urgen call for help from an unexpected source. He must lead the CDF into battle against an enemy so dangerous, not only is Earth in peril, time itself is at stake.

TDF: 2025 - The year 2025 is a pivotal time in Earth's history. The disappearacne of ten pilots in the Bermuda triangle triggered a chain of events which led to the formation of the Time Defense Force, an ultra secret organization whose purpose is to defend and protect Earth's history. What if these events never took place?

A fourth novel in the series "Special Ops Foprce: Temporal Armageddon" is in the works.

I currently live in New Mexico with my wife, college aged step-son and two dogs - A Beagle named Buster (Who is a spitting image of the beagle they used in Underdog)and Nika, a lab mix recently adopted 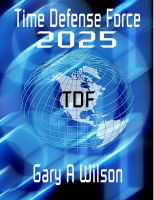 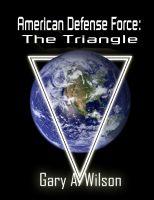 You have subscribed to alerts for Gary Wilson.

You have been added to Gary Wilson's favorite list.

You can also sign-up to receive email notifications whenever Gary Wilson releases a new book.