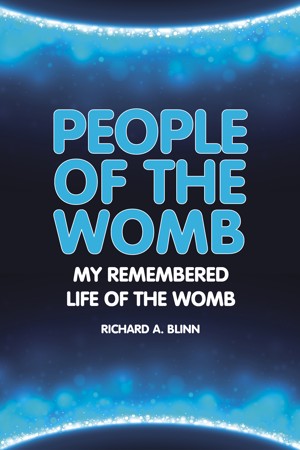 People Of The Womb: My Remembered Life of the Womb

By Richard A. Blinn
This book recounts the author’s vivid memory of life in his mother's womb. It recreates the experiences of prenatal life and compares them to our postnatal adult lives. The author examines the ongoing relationship between these two radically different pre and postnatal experiences of life.

First 16% Sample: epub mobi (Kindle) lrf more Online Reader
pdb
Price: $2.99 USD
Buy Add to Library Give as a Gift
How gifting works
Create Widget
Tags: life in the womb womb memories spiritual life of the unborn evolution of a human primal experience of life world of the womb brought to life
About Richard A. Blinn

Richard A. Blinn was born in Halifax, Nova Scotia, Canada in 1953. He and his partner Christine currently live in Victoria, British Columbia, Canada. His two grown children also live in Victoria, British Columbia. In 1976 he completed a bachelor of arts at Dalhousie University in Halifax, Nova Scotia. Most of his working career has been in the construction industry. The “People Of The Womb” is his first venture into the world of writing

Learn more about Richard A. Blinn

You have subscribed to alerts for Richard A. Blinn.

You have been added to Richard A. Blinn's favorite list.

You can also sign-up to receive email notifications whenever Richard A. Blinn releases a new book.