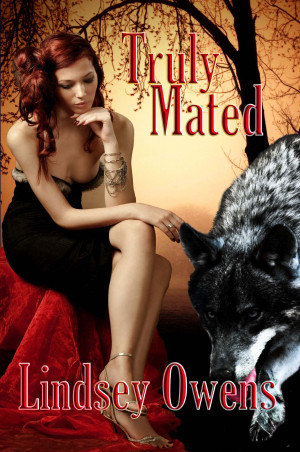 By Lindsey Owens
Rated 3.75/5 based on 4 reviews
For Kailee life is about to change yet she doesn't know it yet. Soon she will be moving across country to a stranger home and soon to be engaged to a man she has never met whose family is hiding many secrets. More
Kailee's life is perfect until a few weeks before her birthday when her parents announce she and only she is moving. Not only is Kailee moving but they also tell her she is getting married. To make everything worse the man is a stranger in a strange city on the other side of the country. Will Kailee be able to cope with being so far away from her friends and family that she loves so dear. What will happen if Kailee falls in love with the man she must marry. He is mysterious and alluring to Kailee but will she still want him when she finds out, him and his family are hiding secrets. The secrets that may change Kailee's life forever.

Lindsey Owens was born and raised in the crazy cold weather state - now in a state where I belong, warm, welcoming, and home. Her passion is writing and reading. She has an overactive imagination and loves to put it to good use writing down her thoughts.

She hopes to someday be the author that everyone talks about!

Kailee is happy with her parents who love her more than anything and she has a best friend she wants to go with for college in fall..her dreams,her aspirations,her family,her future..all was set.That is until their parents break a shocking news...she is sent off to a place far away...to her fiancee...for god's sake she is just 17.She is shell shocked,confused but does nothing when she is taken far away from her home.

When she reaches her fiancee's, all is new..new people,new place and finally a guy she has to get married ..Trenton -hot and super sexy - not that she minds but she also wants answers cos there's something not right when she sees the woods around the house stretching for miles,people trying to talk to her in riddles and when a wolf is playing with you than eat you.

Trenton,has waited for long for kailee to come to him..she is all he wanted - beautiful,sweet,innocent,also lot of stubborn and cocky making him set on edge and always running on his toes.. ...lol....but he loves her nonetheless.He knows she wants answers.,,which should be said by her parents at first place..but now it's his duty..as her alpha,as her mate.When Kailee hears all she can think is - she is in a place of crazy loonies and has to get away from the house..cos there's no way this person is what he says - a werewolf and that she is one.

But when time passes and truth is laid out on her face..its all she can do is not to pass out or hide in a corner...kailee feels sad,betrayed ..but most of all she feels bad she made trenton sad..when all he did was protect her and love her more than his life even after her crazy and stupid stunts.She realizes trenton is everything she has wanted and much more..a passionate,beautiful lover and a strict,disciplined alpha..not what she thought few months back would happen to her..but the more she knows about him the more she falls for him and the family - or pack.The life she thought ahead now looks much more brighter..with a future she now wants with him beside her with a little changes.

The story is said from third POV to make us know about everyone's feeling..it could have been done a little better.There were few scenes which i thought they weren't really needed for the story but it was fine ...if along with these a little care is taken on spelling/grammatical mistakes ..it would have been more better.But overall all i can say it's sure is a short,fast,easy and good read for time pass.

The cliff hanger was surprising especially after a 16year leap and all i can says is "Let's see if the history repeats itself?"..LOL!So want to know how Brooke handles her life!Looking ahead for the sequel.

Sometimes it's not necessary that a story has to have lots of drama,action,crazy madness or even a plot...it can be laid back..enjoyable..just a happy one telling about LOVE,this is one of those!And there's also a sense of humor at right places which make's it enjoyable!

I loved this book. The characters were interesting and relatable. It had its ups and downs just as any good romance should. There were fun unexpected twists through out. I can't wait for the sequel to this incrdable story.

I really enjoyed this book. Wow, different story line. I like it. I cant wait until the sequel comes out.

(reviewed the day of purchase)
Nicole Brown reviewed on July 24, 2012

It was poorly written. There was no flow to it and the author wanted to fit too much into the 187 pages. It was an expensive purchase and I had expected a lot more. There is potential with the story and a better author could make it soar. There are free books that are better laid out than this. I will never purchase from this author again. I wish I old get my money back. Definitely do not recommend....I felt cheated!

You have subscribed to alerts for Lindsey Owens.

You have been added to Lindsey Owens's favorite list.

You can also sign-up to receive email notifications whenever Lindsey Owens releases a new book.