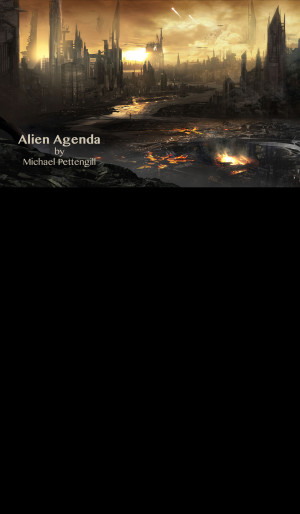 By Michael Pettengill
Blake Deathridge had been in tight spots before, with important missions hinging on his success…and lives hanging in the balance.

But since defecting from the System-wide Space Navy, his involvement with the Joram Corporation, interplanetary politics, and under-the-radar illegal activity may prove to be the hardest mission he's ever grappled with.

Mike Pettengill has worked in the animation industry for the past 20 years, the lion’s share of which has been on "The Simpsons" television show as a Background Artist. Due to the nature of that work, he is completely incapable of drawing any of the Simpsons characters any better than you are, but he can draw their couch like no one else.

He began reading science fiction as an elementary and junior high school student, and started out on such series as E.E. “Doc” Smith’s "The Lensmen", and Frank Herbert’s "Dune". He has been writing fiction for over twenty years.

Mr. Pettengill, as he is known to the legal system of Los Angeles, is busily creating more stories, though now he works using burnt sticks, and writes in block letters on the insides of abandoned buildings. “Let’s see if they can copy this into Word,” he seems to say.

You have subscribed to alerts for Michael Pettengill.

You have been added to Michael Pettengill's favorite list.

You can also sign-up to receive email notifications whenever Michael Pettengill releases a new book.