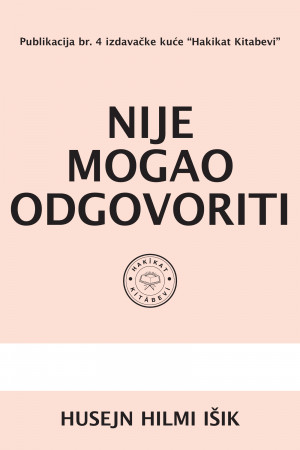 Of the one hundred and forty-four books he published, sixty are Arabic, twenty-five Persian, fourteen Turkish, and the remaining translated books consist of French, German, English, Russian and other languages.

Hüseyn Hilmi Işık, 'Rahmat-allahi alaih' (guided by Sayyid Abdulhakim Arvasi, ‘Rahmat-allahi alaih’, a profound scholar of the religion and was perfect in virtues of tasawwuf and capable to direct disciples in a fully mature manner; possessor of glories and wisdom), was a competent, great Islamic scholar able to pave the way for attaining happiness, passed away during the night between October 25, 2001 (8 Shaban 1422) and October 26, 2001 (9 Shaban 1422). He was buried at Eyyub Sultan, where he was born

You have subscribed to alerts for Husejn Hilmi Isik.

You have been added to Husejn Hilmi Isik's favorite list.

You can also sign-up to receive email notifications whenever Husejn Hilmi Isik releases a new book.