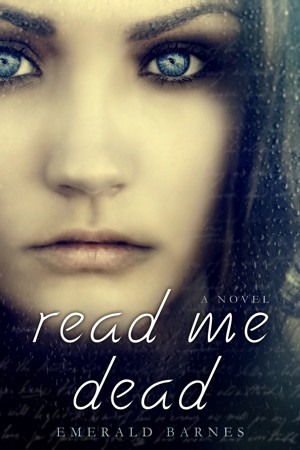 By Emerald Barnes
Rated 3.00/5 based on 4 reviews
For seven years, Alex has lived with a painful memory - her parents' horrific murder. As the sole witness, she has kept quiet to protect herself, but when the local newspaper reveals her secret, Alex is plagued with fear that her parents' murderer will soon find her - and silence her forever. More
Alexia Wheaton’s problems go beyond picking a dress and a date for homecoming.

For seven years, Alex has lived with a painful memory - her parents' horrific murder. As the sole witness, she has kept quiet to protect herself, but when the local newspaper reveals her secret, Alex is plagued with fear that her parents' murderer will soon find her - and silence her forever.

Emerald Barnes graduated with a B.A. in English with an emphasis on Creative Writing at Mississippi University for Women. She resides in a small town in Mississippi and has the accent to prove it.

She's the author of Read Me Dead and Piercing Through the Darkness. She mainly writes suspense/thrillers in the YA genre, but she dabbles in other genres and her books are enjoyed by all ages! Her short story, Wishes, was published by Phyllis Scott Publishing in their book, Blue Legs and other Coming of Age stories.

She's constantly working on new novels and has more ideas than she knows what to do with. She blogs at yaindie.com, emeraldbarnes.blogspot.com and ebarnes23.wordpress.com which takes up more of her time than she anticipates but loves it so very much!

She's an auntie to two beautiful nieces and two handsome nephews who take up the other half of her time, but she couldn't imagine spending her time in any other way!

She's a Whovian, a little bit of a nerd, a reader, a writer, and a family-oriented person. God is number one in her life, and she thanks Him continuously for His love and favor. 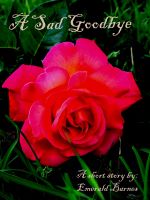 Reviews of Read Me Dead by Emerald Barnes

A story so firmly set in the present day it even names the drugs prescribed to a girl who’s afraid to sleep, Emerald Barnes’ Read me Dead ratchets up the scares from strange noises at night to terrifying attacks with murderous intent.

The protagonist has grown from immature ten-year-old, coloring under her father’s desk, to uncertain teenager, keeping secrets like a child while seeking love like an adult. Soon those secrets seem certain to threaten her life, and Alex’s “favorite meal. Mashed potatoes, macaroni and cheese and fried chicken fingers” probably won’t help.

Prayers don’t seem to help much either, but it’s no surprise when Alex finds herself compelled to turn to prayer. Sadly, she doesn’t learn to trust, or to reveal her secrets, even when the reader has guessed what’s going to happen. But she’s a teen, and this story is told in the convincing voice of a teen, with carefully analyzed feelings, stubbornly held secrets, and that mix of caution and folly that leads to disaster.

By turns scary and frustrating, Read me Dead reads like a teen movie trending toward horror without quite letting go of the real.

Disclosure: I was lucky enough to get a free ecopy and I’m offering my honest review.

An interesting read with many twists and turns as Alex struggles with the murder of her parents...especially since she was the only witness. I liked the first person approach. Definitely a fast read.

I did not enjoy this book and I definitely would NOT recommend it for my daughter to read. There is no conclusion to the book, it seems that the author was always trying to get the boys into bed with the main character, and even though God was mentioned in the book, it was only as a sidebar and not as a person any one of the characters had any actual relationship with (except MAYBE the grandmother who isn't even in the story as she is away on a cruise.)

(reviewed 17 days after purchase)
Laurel Anderson reviewed on May 15, 2013

This book was an enjoyable read, though the writing was a little choppy. Definitely not enough character development or background for the characters. I did enjoy it, though.

You have subscribed to alerts for Emerald Barnes.

You have been added to Emerald Barnes's favorite list.

You can also sign-up to receive email notifications whenever Emerald Barnes releases a new book.