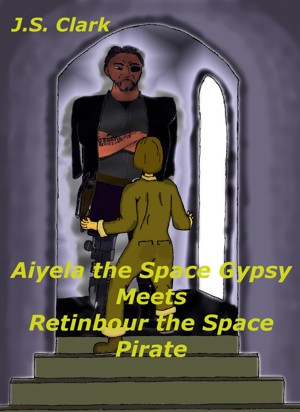 By J.S. Clark
Rated 5.00/5 based on 1 reviews
After meeting lord Yasha, life was starting to look bright when Aiyela decided to take a shortcut on a cargo run.

The next thing she knows she’s being chased by a Frankensteinian ship, and falling into the hands of a blood-thirsty pirate captain! Between her wits and her shiny new All-Tool, she might make it out alive.

J.S. Clark lives in southern Ohio with his wife, Alisa and their children, assorted, adopted cats, dogs, and other living paraphernalia. He does a variety of occupations, but especially enjoys cultivating their small, less-than-semi-functional farm. I guess the hip people call it ‘homesteading.’

All the while, he desires to cultivate connections and community with others in the Kingdom of Yeshua (Jesus) the Messiah. And he hopes that shows through in life and in those short windows when Elohim (God) gives him opportunities to write.
Evangeline is his second published fictional novel, but at the time of this publishing, he's got several more including the sequels and non-sequels and short stories, all competing for attention. Including the ongoing series Aiyela the Space Gypsy, which he is eager to return to.

Check out J.S. Clark's blog at http://pen-of-jsclark.com for the latest on these and other projects and happenings, and follow him on Twitter @jsclark5768!

Though honestly, he barely has time for the blog so twitter is for other people.

Samantha Beaty is the wonderful visual artist who made the cover for "Evangeline". You can see more of her work and contact her through www.returntowalden.com. 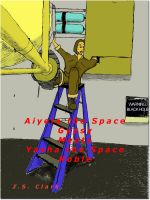 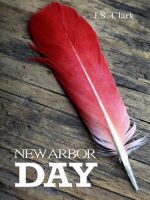 I love your book. I love books with space ships in it.... Please keep writing.

You have subscribed to alerts for J.S. Clark.

You have been added to J.S. Clark's favorite list.

You can also sign-up to receive email notifications whenever J.S. Clark releases a new book.