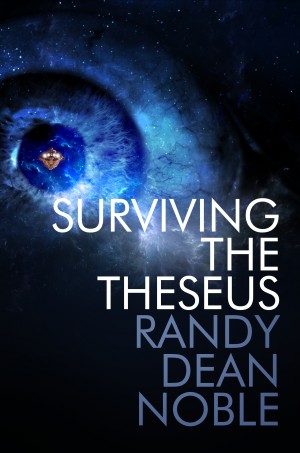 Rated 4.75/5 based on 4 reviews
A woman, trained to find and kill the dregs of humanity, ends up on a massive cruise vessel. In the span of a few hours, everyone disappears, thousands of passengers vanish. It is a time of restricted space travel so enforced that almost nobody can veer off course, but nobody knows why. They're about to find out. Get ready for a Sci-Fi/Horror/Thriller roller coaster ride. More
Regina, trained to find the dregs of humanity, trained to kill, is forced into vacation because her peers are getting murdered.

At first, the massive cruise vessel she chooses as her resort destination seems ... tolerable, and then, in the span of a few hours, everyone disappears, thousands of passengers vanish.

As Regina explores the ship, not only does she discover pile after pile of clothing and no bodies, she finds a fear not felt for years. Although she cannot know for certain something is there, an ominous orange light appearing out of nowhere leaves little doubt some unseen thing hunts her. And all that is just the beginning.

It is a time of restricted space travel so enforced that almost nobody can veer off course, but nobody knows why. They're about to find out.

Get ready for a Sci-Fi/Horror/Thriller roller coaster ride.

I grew up on movies, couldn't get enough. I'll be a movie junkie for the rest of my life, no question. Books came after, and then writing, my imagination spurred at a young age from the wonders of the silver screen, the small screen, and now the multitude of options available to us. Movies, books, and video games are my go to entertainment sources. And I almost always listen to music when I write, typically alternative or instrumental.

And what do I like? What inspires my stories? Movies and books.

I couldn't pick a favorite movie, there are just too many. Genre-wise I'm all over the map, but a preference toward action, science-fiction, and horror. Some movies I love, off the top of my head as I write this, are: Raiders of the Lost Ark, Alien, Aliens, The Matrix, The Shawshank Redemption, Guardians of the Galaxy, Edge of Tomorrow, Saving Private Ryan, Dark City, Apollo 13, Glory, End of Watch, Drive, Dredd, Serenity (and the Firefly series), The Dark Knight, Jaws, Seven, Minority Report, Inception, all the Harry Potter movies (and the books -- love them), The Thing (1982), and Tombstone (so many more).

Regarding the Harry Potter books: There doesn't seem to be a lot of men who get into these (that I know) but these stories take me away and I can re-read them again and again -- for me, they bring back the magic of childhood. Stephen King has several stories I enjoy, Robert R. McCammon, J.A. Konrath, Blake Crouch, Margaret Atwood, Dean Koontz, and there are many more, basically anyone who can tell an intriguing story that grabs me from the get go.

My hope is you'll enjoy my stories as much as I do when I create and nurture them. My goal is to take you, the reader, away on a trip, a journey, and hopefully one you care about as I do when I write.

Reviews of Surviving the Theseus by Randy Noble

I picked this book up off Smashwords because it had gotten high ranking reviews, and they said some very positive things about this story. Though it took me awhile to read it, I am glad I finally sat down and did so because Noble has crafted a really good tale.

The primary strength of Noble's writing is his action scenes. Each one is painted in the perfect level of detail, not too much, not too little. You get the general gist of what is going on while being able to observe what is happening around the main combatants. Be in gun battles, being chased by unknown things, or hand to hand, Noble has really found a good balance in each situation.

Another element of this story that was well done were the characters. Despite there being one or two moments where I felt a character broke their role, each person comes across as realistic, and their motives are understandable and easy to relate to. The only character I had a bit of an issue with was Regina, who is a weird mix of being a cold killer yet emotionally unstable in regards to those she kills. She was a fine balance, though I found she worked better when she wasn't internally trying to justify her actions continually. (though they did add a certain level of depth, and perhaps insanity, that she may have needed for the job she had)

The others, especially the crew sent to find out what happened to Pyramid, were beautifully done. The right amount of details were given for each character so that the reader would care about them, and the character tension levels were done well with interpersonal dramas between them. Seeing more of them would have been nice, but wasn't needed, all things considered.

Noble's story in this book is well put together, and once you get past Regina running around for most of the beginning (including a scene involving a immersive video game which could have easily been cut and the book would have lost nothing) it gets better. In fact, once the story hits its stride, it turns into a fast paced science fiction-horror story that will drive you to continue reading. However, as mentioned, you have to get through some slow material/unneeded material first.

I really enjoyed 'Surviving The Theseus', more so than I thought I would. There were elements, often with Regina, that had my blood pumping and really pulled me into the story. Noble has crafted something really interesting here, has done a fantastic job with the mysteries of what is happening on the Pyramid, and the final reveal wowed me.

If you are a fan of science fiction or horror, I suggest you pick this book up.

This book is a fast paced sci-fi adventure that keeps you in suspense until the very end! The original idea, details and characters made for a fascinating story that was very believable. A great read for those who appreciate the unexpected. I have downloaded Randy's other books also and look forward to reading them.

Regina, a SOAD officer, is on what's supposed to be a vacation when she wakes up and realizes everyone on the space cruise ship is gone. All that's left of them are their clothes. Since she's used to danger and fighting, she arms herself and prepares to fight whatever enemy is responsible for this. She runs into two people who may or may not have the answers as to what is going on, and I really enjoyed snippets of the conversation where Regina overheard the man telling the woman they needed to tell Regina but the woman refusing to go along with the idea. Meanwhile, there's a group of people who are given the task of finding the space ship Regina is on, and when they get on board Regina's ship, some of the dots start connecting up because Regina's two companions (and I use that term loosely) are finally beginning to talk.

I won't give away anymore because it would spoil it, but this is a great thriller. Wondering what in the world was going on kept me going back to my Kindle to find out what would happen next. The invisible enemy tracking them down and the strange orange light that would periodically show up were definite pluses. This book is action packed so there's never a dull moment. The reason all those people disappeared was actually an unexpected twist which I enjoyed a lot.

As for character development, Regina had significant changes to her personality. It was intriguing to watch her gain feeling and softness. I can't say more without spoiling the end of the book, but I was satisfied with the ending and how she ended up because it revealed so much about how she got to be how she was in the first place--and some people would label that as 'cold'.

My final thought on this book is that it's for adults only. Mature themes, sexual and violent, are in here, and I would give it an 'R' if this was a movie.

I used a coupon to 'buy' this book, but I would have gladly bought it! I plowed through this thriller in no time at all. This author has a way of creating suspense and keeping you flipping pages - it's hard to quit reading!
Space/sci-fi stories aren't normally my thing, but if this were ever made into a movie, I'd definitely go see it. There are some very imaginative tools and gadgets in here I'd like to see Hollywood reproduce!
I enjoyed the characters, diverse and interesting. Well written Mr. Noble! I was thoroughly entertained.

You have subscribed to alerts for Randy Noble.

You have been added to Randy Noble's favorite list.

You can also sign-up to receive email notifications whenever Randy Noble releases a new book.