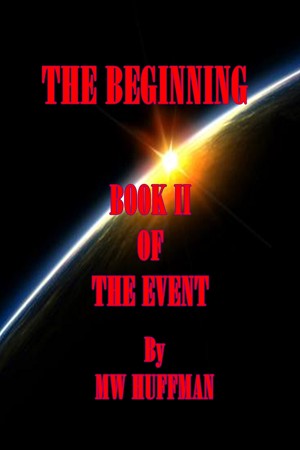 THE BEGINNING takes up after the first year following THE EVENT from the first book THE END. It chronologically follows the world progress in the USA, CHINA, and RUSSIA and other European Countries. It continues to look at the challenges and plights that the survivors face.

The building of a new world, starting with a clean sheet. More
THE BEGINNING takes up after the first year following THE EVENT from the first book THE END. It chronologically follows the world progress in the USA, CHINA, and RUSSIA and other European Countries. It continues to look at the challenges and plights that the survivors face. While progress is slow and steady, they are far from out of the woods as far as long term survival goes.

Russia and China along with the US survivors is the focal point of this second book. The development of those countries are looked at in relation to the USA growth and progress.

Marshall W. Huffman began writing until after he retired from teaching. He decided to start with a trilogy based on a cataclysmic event. Marshall’s first trilogy is THE EVENT and consists of THE END, THE BEGINNING, and THE REVELATION. With THE EVENTS success of becoming a best seller, he decided to write a second trilogy that is a frightening look at the events that could lead to THE SECOND CIVIL WAR. It is made up of; Book I – A NATION DIVIDED; BOOK II – A NATION AT WAR; BOOK III – A NATION HEALING.

Marshall was born in Bainbridge, Georgia and grew up in Indiana. After spending eight years in the Navy (1964-1972), he attended Ball State University, earning a B.S. degree in Business.
During and after college, he was involved in the restaurant business and spent the next twenty-five years in all types of venues, eventually owning his own fine dining restaurant. After years of long hours, he decided on a career change. He attended Eastern Illinois University earning an MBA. Because of his business background, Eastern Illinois University asked him to teach in the hospitality management program while enrolled in the University of Illinois Ph.D. program.
He was recruited from Eastern to Parkland College and soon took over as the Program Director for the Hospitality Program. During his tenure there, he became a chef and had a television show called Cooking around the World with Chef Marshall and taught a series of Gourmet cooking classes for Continuing Education as well.
Professor Huffman retired from teaching along with his wife, Dr. Susan Huffman, to the Tampa Bay Florida area. He has published over 50 Novels.

You can find his books under: MARSHALL HUFFMAN at Amazon.com. and at mhuffman.com

Follow Angie Bartoni, a detective with the Indianapolis, Police department as she tackles each new case. A funny, somewhat blunt detective, that often drives her Captain crazy. He puts up with some of her shenanigans from time to time because she is the best detective he has. She doesn't pretend to be a superhero. She doesn't wear short skirts, unbuttoned blouses, or high heels. She isn't about to try to duke it out with some big tough guy. She lets her partner take care of that department. IF you want to follow a witty, smart, and persistent detective, with a supporting cast of characters that are carried through the series, then the Bartoni Case Files are for you. 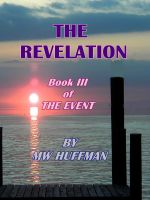 You have subscribed to alerts for Marshall Huffman.

You have been added to Marshall Huffman's favorite list.

You can also sign-up to receive email notifications whenever Marshall Huffman releases a new book.