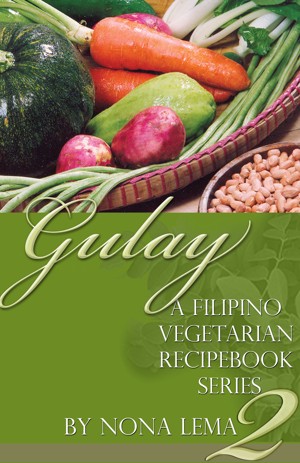 Nona Lema was born, raised and lives in the Philippines. She attended Santa Isabel College, University of Santo Tomas and University of the Philippines. She is married with three children and four grandchildren. She has been a vegetarian for many years and her experience in vegetarian cooking has spanned more than thirty five years. During this period, she learned, revised, created and kitchen-tested countless vegetarian recipes with emphasis on regional and traditional Filipino dishes.

Over the years, Nona has written many food articles that have been published in magazines, newspapers and in her blog called Home Cooking With Nona Lema. In 2013, she started publishing her Gulay ebooks (a Filipino vegetarian recipebook series). There are now eight ebooks published in that series. The word ‘gulay’ in the Filipino language means vegetables.

You have subscribed to alerts for Nona Lema.

You have been added to Nona Lema's favorite list.

You can also sign-up to receive email notifications whenever Nona Lema releases a new book.