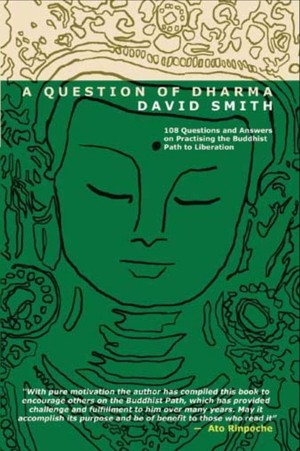 A Question of Dharma

By Aloka David Smith
we can learn much from the questions of others, and readers may see themselves in any of the 108 questions in this book. aloka david smith’s 108 responses to those questions reflect his near 40 years of commitment to dharma practice whereby he meets the spirit of each question in his own direct and often playful way leading the reader into a profundity that will clarify as much as it will inspire. More
how important is chastity for practice?
how can we go for refuge to the sangha when it is (presumably) full of unenlightened people like me?
how do I balance the need for a teacher and the need to be 'a light unto myself'?
do you have anything to say about overcoming the tendency to control situations and people?
could you say more about working with irrational fear, e.g. panic attacks, phobias, etc.
what would you say is meant by spiritual friendship?
how important is it to avoid killing insects?

we can learn much from the questions of others, and readers may see themselves in any of the 108 questions in this book. some of these are straightforward, even earthy; others are more complex. coming from a wide variety of seekers, they reflect the lived experience of numerous individual journeys.
aloka david smith’s 108 responses to those questions reflect his near 40 years of uncompromising commitment to dharma practice. He meets the spirit of each question in his own direct and often playful way, leading the reader into a profundity that will clarify as much as it will inspire.

I was born in Oxford, England, in 1946, and I've been a practicing Buddhist for nearly 40 years. I began training with Zen, practicing with the Venerable Myokyo-ni, a teacher from the Rinzai school, at the Buddhist Society in London. This was my practice for more than five years, before travelling to Sri Lanka in 1980. Here I lived for three years as a Theravada monk under the guidance of the Venerable Dhammaloka Maha Thera. It was while I was in Sri Lanka that my spiritual breakthrough took place in 1981, and it is this that forms the framework of my first book, A Record of Awakening, published in 1999.

On my return from Sri Lanka I matured my practiced by essentially living on my own for a number of years in east London. At the time of my breakthrough in Sri Lanka my teacher told me I should travel and begin to teach, but it was to be around 20 years before I took that role by leading retreats at several retreat centres of the Triratna Community in the UK and abroad. My association with this movement came to an end in 2006.

DharmaMind Buddhist Group
As well as being a guest leader of retreats at various Buddhist centres around the country and abroad, I have also been leading my own Dharma group for several years, whose practice framework is within the all-embracing spirit of Mahayana Buddhism, and focuses primarily on the formless approach to practice known as "silent illumination" of the immanent model. This independent Western Mahayana Buddhist group first started in London in 1997, and is now located in Birmingham, where I have lived since 2001. We moved to our current meeting venue located at the Friends Meeting House in Kings Heath, in January 2007. A superb facility ideally suited to our needs.

The name 'DharmaMind' is my term to denote the type of mind that it is crucial to cultivate in order to aspire to freedom from self and enjoy happiness of heart. The heart and spirit of our training is closely allied to Chan, Zen and Dzogchen - a practice of 'no-practice' that embraces all of life, which is practiced in the body through direct experience, before thinking. It is a practice whose spirit nurtures the ability to live life without the burden of spiritual ambition and goals, and which has the delicious taste of freedom from attachment.

The group has now grown beyond the weekly and monthly meetings that had been its limits over the early years. Retreats are now scheduled at various locations and local groups are being set up as an ongoing development. For more information on these activities go to the Group page. 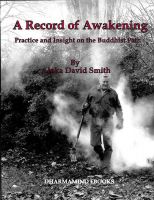 You have subscribed to alerts for Aloka David Smith.

You have been added to Aloka David Smith's favorite list.

You can also sign-up to receive email notifications whenever Aloka David Smith releases a new book.