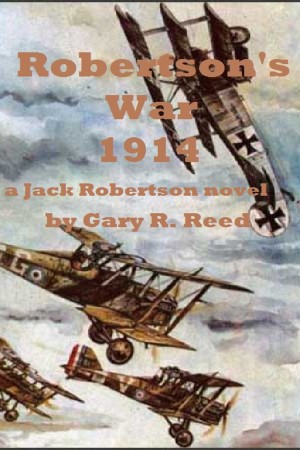 By Gary R Reed
"Little Jack" Robertson, has accepted a posting as a flight instructor at the famous Glenn Curtiss, inventor of the Curtiss "Jenny", aerodrome, On his arrival in Canada he has fallen under the spell of local beauty Susan Leavitt. "Robertson's War" is a story of love and hate, life and death, adventure and misadventure in the turbulent years of the 1st World War.

Gary R Reed resides in Lansing Michigan with his lovely wife Sandy. His six children and 18 grandchildren are scattered to the four winds. He is a former banker, broker, CFO, entrepreneur, educator, and with the publication of his novels, he has become a storyteller and a wild eyed dreamer.
Gary is a professional student with degrees in philosophy, psychology, and education. His passion is American history and that has led him to write fictionalized accounts of his real-life ancestors who have fought in the American Revolution, the Civil War, the American Indian Wars, World War I, and (perhaps soon) World War III.
Gary is a past "Chief Inspector" of the Sherlock Holmes Society "The Greek Interpreters of East Lansing" and an active member of the Society for Creative Anachronism, having received honors as a Bard and a Thrown Weapons Champion.
Gary is the author of the three part "Journals of Jack Robertson" series,"Robertson's War 1914", "The Academy", "Sanctuary", "The Truth about Santa Claus", "Kirtland 1833" and "If I Ruled the World" that will soon appear in a Smashwords Edition. 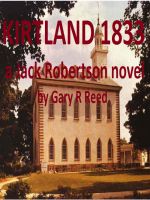 You have subscribed to alerts for Gary R Reed.

You have been added to Gary R Reed's favorite list.

You can also sign-up to receive email notifications whenever Gary R Reed releases a new book.