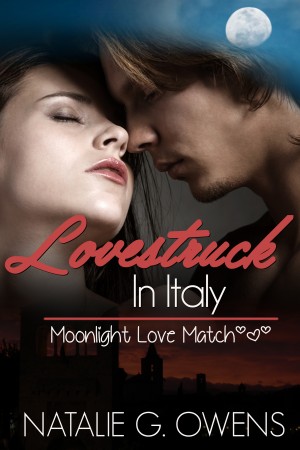 Rated 4.00/5 based on 1 reviews
Pride ... and Prejudice ... and Divorce ...
With a little meddling from Jeanette Lagrange of Moonlight Love Match, a divorced couple faces a journey to face the ghosts of the past. More
***Previously released as "Everything to Lose". Extensively revised, lengthened and edited***

Lisbeth Marsh put her life on hold to support her man, setting aside her desire to build a family. But when the dream of everlasting love vanishes into thin air, she’s faced with the mistakes and prejudices of her choices.

Dane Marsh is a proud man who spent years worshiping the gods of ambition, sacrificing his marriage in the process. Now that he knows what he's lost, will he have the courage to turn his life around?

With a little meddling from Jeanette Lagrange of Moonlight Love Match, the two embark on a journey to face the ghosts of the past.

Pink velvet and black lace. Light and darkness. A world of contrasts exists in Natalie’s stories because every rose has its thorn. Her favourite stories to write are romances with a dark edge featuring brooding heroes, strong heroines, an intriguing mystery, and a good dash of fantasy.

Married, with one son, she now calls the beautiful island of Malta home after eleven good years in Atlanta, GA. As a professional editor and author, her days are always busy, but when she’s not working—or muttering to herself about her book plots like a batty old maid—she enjoys spending time with family and friends (both online and offline), sipping on a good shiraz, reading, cooking and entertaining, watching a good movie, travelling, and ogling shoe store displays. Most of all, she loves to meet and communicate with other authors and readers.

Find out more about Natalie’s latest news and works in her monthly newsletter – http://eepurl.com/povjf

You can also find her here (she’s waiting to make new friends!):

Plain ol' romance is a genre that I rarely read. Normally I either get my romance mixed with something else, or go straight for the erotica shelf when feeling frisky.

But I enjoyed Natalie G. Owen's first book, Something to Live For, so I read her second, Everything to Lose. And it's a novella!


1. This book has mystery elements but not paranormal.


Dane Marsh is a mysterious man. Apart from his travel-heavy career, this was the big things that caused his marriage to fail. The "strong but silent" deal got stale.

Before she will fully commit to restarting a relationship with Dane, Lisbeth needs to know more about his past. And if he doesn't open up on his own, well then she will trick him into it.

I like mystery and romance fine but they aren't the genres I get really revved up about. I preferred the magic in the first book, but that's just my taste.


2. Relationships should be based on honesty, but what if you have to lie to get the truth?


It's an interesting concept. Lisbeth convinces Dane to accompany her on a 'work trip' that has nothing to do with her job. It is a handy excuse to get a grasp on his past.

He doesn't really seem to mind in the end, but it's an unusual tactic. I suppose it is better than just giving up on the marriage as long as lying doesn't become habitual.


3. An alpha male reigns in the end, but Lisbeth is a strong lady.


Going back to the whole lying-to-her-ex scene, Lisbeth has some gumption. Her husband is a career climber with a definite stubborn streak. He does only what he wants. She manages to maneuver him into a situation to get the information she needs to commit to him.

Really, buying someone a ticket to Italy and giving them more attention then they thought they would get...not such a bad lie.

The Italy trick is a clever device and I think it shows Lisbeth can stand up to her husband even if he is an alpha in the bedroom.


4. Alphas are a personal choice that every woman must
decide for herself.


Alpha males are not my personal bag, so it rates a little lower for me. I think I enjoyed the dynamic more in Something to Live For because the heroine was blind and the hero hurting.


Her first book was set in Malta. This one, Everything to Lose, begins in England and then jets off to Italy.

Italy, a place I love.

You have subscribed to alerts for Natalie G. Owens.

You have been added to Natalie G. Owens's favorite list.

You can also sign-up to receive email notifications whenever Natalie G. Owens releases a new book.