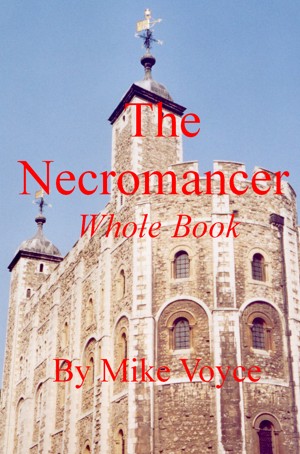 By Mike Voyce
Rated 5.00/5 based on 1 review
Now Richard III's body is found this book is FREE. The greatest ‘locked-room’ mystery of all time solved.
What happened to the Princes in the Tower?
Part I is the story behind history.
Parts II and III are what has been done about it; love against magic, to confound the darkest forces of English history.
The Whole Book resolves the loose ends and sets our world back to where it should be More
In a conveniently short form here is one of the greatest stories of England.
If you live in any part of the English speaking world or in many places beyond, whether you know it or not, the subject of this book has affected your World profoundly.
In 1483, before Columbus sailed for America, History was falsified and the World set on a dangerous course. It was done to satisfy the ambitions of Louis XI of France and the English Margaret Beaufort.
What was done was hidden, in this book it is revealed and, by our belief, can now be made right.
Part I puts right the historical record and clears the name of Richard III.
Parts II and III create what should have been and go on to open the eyes of the World.
Along the way are links to the complete texts of books of History and books of Magic. Along with these are an understanding of how Magic works and realities are created, for this is a book of psychic investigation and psychic action.
Download: epub mobi (Kindle) pdf more Online Reader
rtf lrf pdb txt
Price: Free! USD
Add to Library
Create Widget
Tags: magic richard iii rivers hastings henry tudor edward iv hatfield louis xi morton white tower
About Mike Voyce

Child of loving parents and the Universe.
Solicitor (as described in EDWARD), Teacher (of Law, Psychology and Spirit), now retired. An unnatural state which gives time to write
THE TRUTH ABOUT HISTORY.
It is time I opened my mind to readers, on reincarnation, the nature of reality, other worlds (past and present) we all have shared or can share. EDWARD is the first instalment, The Necromancer is the second.

Author's introduction
The explanation of the greatest 'locked-room' mystery of all time has a Part II and a Part III, after the abduction of the Princes in the Tower comes the securing of the History we have, that is followed by an alternative, giving us all a different History and a different way of looking at the World.

Reviews of The Necromancer Whole Book by Mike Voyce

Upon reading The Necromancer by Mike Voyce, it became apparent to me that Mike is, himself, an extraordinary necromancer. With ease this author weaves himself into the lives of past souls and is able to change the course of events. The ability to place himself in various periods of time and communicate with people to resolve past conflicts and, at the same time, mediate and develop a story that reveals their vulnerabilities and demonstrate his ability to understand and resolve conflicts or human wrongs is masterful.

As an educated man never exposed to the world of magic, I found the author to be a wonderful source of information about how magic may be accomplished. Whether true or not, his story provides a wealth of knowledge about how magic was perceived and impact the lives of those who believed in such craft. His story propels our thoughts into other realms of reality.

The Necromancer invites the reader into an experience not easily portrayed by many writers and at the same time opens up a history of time that deals with the kings of England and the mystery of how two young princes were disposed of by the use of magic. In the story one is exposed to many thoughts that lead one to question the story’s validity of not only events of the past but also if such magic is possible.

I found the story led the writer to reveal much of his own perspectives about reality and such attributes as truth and the significance of love. His thoughts that reached back to the goddess Ma ’at and the sound principles of truth was enlightening as well as his introduction to Thoth, the Egyptian god of wisdom.

Lastly, it is remarkable that the author has used the e-book capabilities to intersperse throughout his story many internet links that allows the reader to quickly access information to further inquiry that provides knowledge in a way that it does not detract from his story. I have clicked on the link, “The Emerald Tablets of Thoth the Atlantean” and after reading several pages was convinced to read it all for its new perspectives that hold the promise of knowledge. For ref: http://www.horuscentre.org/library/Hermetism/The_Emerald_Tablets_Of_Thoth.pdf

The Necromancer by a masterful writer is worthy of a read. It takes the reader to other places to observe firsthand the interplay and conversations of real people from the past.

You have subscribed to Smashwords Alerts new release notifications for Mike Voyce.

You have been added to Mike Voyce's favorite list.

You can also sign-up to receive email notifications whenever Mike Voyce releases a new book.