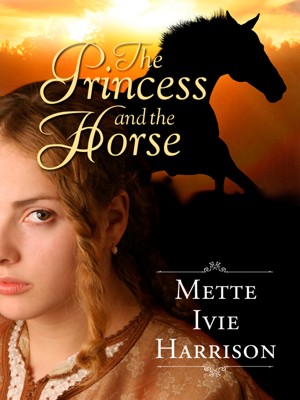 The Princess and the Horse

By Mette Ivie Harrison
A companion story to The Princess and the Hound about Fierce, who is the hound daughter of Chala. Left behind when her mother becomes human, Fierce is rejected by her pack. When she is changed into a human herself, she wants only to be a hound again. Until she falls in love with a human. More
Fierce's mother has left her pack to become a human. Left behind, Fierce is determined to have nothing to do with humans. But one day she finds a woman who reminds her of her mother in the forest. She hesitates for a moment, just long enough for the woman--Princess Jaleel--to turn her into a human with the wild magic. Soon Fierce is dragged into human concerns about the effects of the misuse of wild magic by Princess Jaleel. Will Fierce choose to be human and save the world or to be a hound again and save herself?

Mette Ivie Harrison is the author of MIRA, MIRROR (2004, Viking), THE PRINCESS AND THE HOUND (2007, HarperEos), THE PRINCESS AND THE BEAR (2009, HarperEos), THE PRINCESS AND THE SNOWBIRD (HarperTeen 2010) TRIS AND IZZIE (Egmont, October 2011), and THE ROSE THRONE (Egmont, 2013). She now publishes adult mysteries with Soho Press (The Bishop's Wife, His Right Hand, For Time and All Eternities, Not of This Fold, and the forthcoming The Millstone). She has also published several books with By Common Consent Press (The Book of Laman, Vampires in the Temple, and The Book of Abish). She publishes "re-romances" and other romantic fiction under the name "Kjersten Beck." She is a competitive triathlete and has a PhD in Germanic Languages and Literatures from Princeton University (1995). 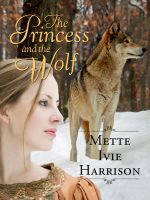 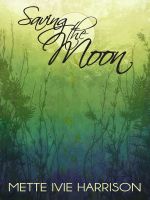 You have subscribed to alerts for Mette Ivie Harrison.

You have been added to Mette Ivie Harrison's favorite list.

You can also sign-up to receive email notifications whenever Mette Ivie Harrison releases a new book.