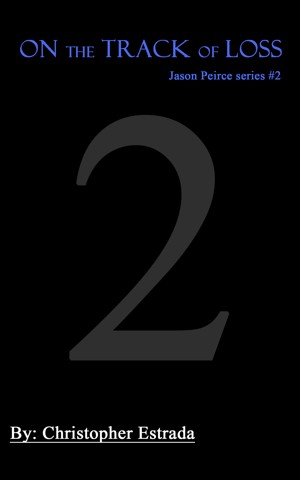 On the Track of Loss (Jason Peirce Series #2)

By Christopher Estrada
Rated 1.00/5 based on 1 reviews
One year ago Jason lost a race. Now he is training to run against the same person that beat him. In the mean time, he is spending time with the people he loves, playing tour guide, and dealing with loss. More
Jason's life goes on after his ruined first date with Wendy. Now he has a new challenge. Beating a runner that got the better of him a year ago. Jason grows closer to Wendy but feels an attraction to a beautiful new neighbor. Can Jason continue his relationship with Wendy? Can he control his hormones? And can he win the grudge match race?
Download: epub mobi (Kindle) pdf more Online Reader
rtf lrf pdb txt
Price: Free! USD
Add to Library
Create Widget
Tags: feelings teens high school revelations running track and field girl next door winning and losing inland empire arrowhead mountain
About Christopher Estrada

So... My name is Chris. I read, I write, I take pictures. Any questions?

Just Joking. Here is my story.

I was born, raised, and still live in Southern California. I absolutely abhorred books until I finally caved in and read Harry Potter in the 4th grade. I was hooked at that point. I flew through the first three books and was anxious for the fourth. Between Potter books I read some Star Wars books, then Dan Brown's novels. I didn't read the Twilight series until after the first movie. Today I'm working on classics like The Three Musketeers.

I also write, as is evident from my first short story published here on Smashwords. I'm also a photographer. Photography is actually my major in college. I have another semester or so before I obtain my Associates degree.

If I had to pick the point in time when I decided to write, it would be sometime in middle school. I started writing what I intended to be a full book, but I didn't really know what I was doing. I didn't plan it out, I didn't have a great vocabulary, and I was essentially copying things from other books and shows and such... I was a kid.

I tried again in high school. I had to write a short story for an English class and I wanted to expand on the story. Again, I didn't plan anything out. The short story got glowing reviews from the teacher and from classmates, but the full length story just didn't happen.

That was five years ago. Today, I'm working on my Jason Peirce series which was imagined and actually planned out during some community college Health lectures. ;) I should say that the short stories were not even thought of at first. I was, and still am, planning out a novel. The short stories were thought up just a few weeks ago and will evolve as I have new inspirations.

Between my freshman and sophomore years in high school (2005) I had the opportunity to attend a 3 week programme at Cambridge University in England. While there, I took a Creative Writing class under the direction of Professor Steve Waters, a Playwright if I remember correctly. The course was an inspiration and the entire Cambridge College Programme was a great experience.

While writing my series and future novel, I am also a cashier at a local Wal-Mart. So, now you know about me. All that is left is to read my book/s... So, go read!

Again, this book followed the same pattern as the first. I suggest you start a whole new series over. It needs lots of work. Character development, setting description, plot, even the title. Everything is very cheesy and needs to be more solid.

You have subscribed to alerts for Christopher Estrada.

You have been added to Christopher Estrada's favorite list.

You can also sign-up to receive email notifications whenever Christopher Estrada releases a new book.