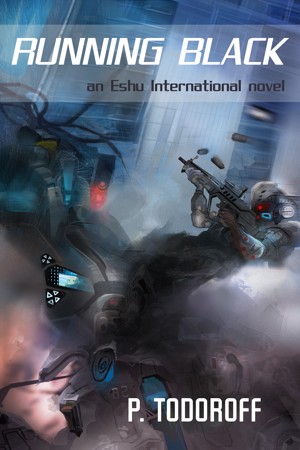 Rated 4.33/5 based on 3 reviews
In the not too distant future, some private security outfits will take any job for the right price, and the best "black contract" firm on the planet is Eshu International.


Stable nano-technology: the melding of man and machine on a microscopic level. It's a break-through worth billions no one's been able to perfect - until now. 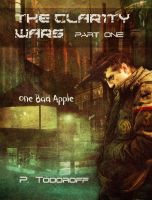 A tautly written, workmanlike Gibsonesque action thriller, not dazzlingly original to say the least but quite open about its debts (one of the main characters is even named 'Gibson'). Definitely worth a read if you like the genre, but don't expect it to change your life.
There's a religious aspect which I found a bit off-putting: it's not too much in this book, but there's a gradual ratcheting-up of the Christian schick at the end that makes me worried that the next volume will go too far (shades of Greg Bear there). This won't be a problem if you're a Christian, I guess. But if you're into this genre, how likely is that?

Excellent read!
keeps you on the edge of you seat-especially the raid sequences & the final battle. awesome work!

Great read. This book will not disapoint. It keeps you engaged and moves at a good pace. Highly recommened. One of the best endings ever.

You have subscribed to alerts for Patrick Todoroff.

You have been added to Patrick Todoroff's favorite list.

You can also sign-up to receive email notifications whenever Patrick Todoroff releases a new book.