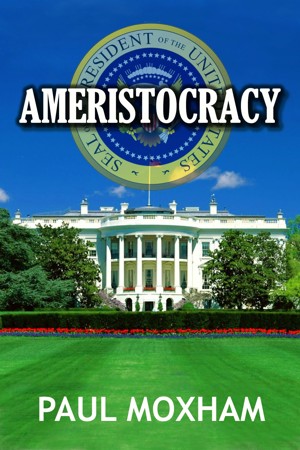 Paul Moxham hails from Melbourne, Australia. He's best known for his children's mystery series which follows Joe, Amy, Sarah, and Will as they have adventures in 1950's Britain. 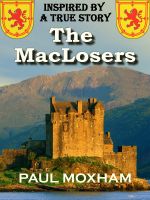 I won a review copy from LT. I enjoyed the book & would be happy to read more books by this authior

If you like conspiracy theories and short fast-moving stories with plenty of action, then this is the book for you.

Having said that, the plot is a little unbelievable - think Dan Brown on a budget - and I would have preferred a lot more detail about the history of the Ameristocracy itself and what it was doing before and since the assassinations of Lincoln and Kennedy to give them more weight in the story than just as a bunch of faceless "baddies". For example, what exactly is the "Renewed Society" program which is the catalyst for a full-blown assault on the Presidency?

Still, Paul Moxham writes his action scenes well. They are very visual and his style is very reminiscent of Matthew Reilly.

Ameristocracy is an enjoyable, quick read and if you were a younger (teen) reader I'd probably give it a rating of 3 1/2 rather than 3.

It's an action based story without a lot of profoundness. It's more the shooting between the good and bad guys. I miss a good story behind it. The reading was more like watching a 'crime' serie on the TV. For all those who like action, shooting and so on they'll probably like this story.

This book was thoroughly enjoyable. The plot was believable and the characters were *real*. They could have been a little more developed but they were still interesting. The relationship between Jack and his father, Jack and his partner, and most especially Jack and Wilcox could have been more developed. The relationship between Jack and Wilcox was left as only cop/boss until the end when Jack's father gives him the photo of the three of them together and we figure out there was more to the relationship than we thought. Had this been better developed earlier I think that the impact at the end of the story would have been greater. There was enough mystery in it to keep you interested while also allowing the reader to keep up with what is happening. The one thing I noticed and did not understand was the ages of the characters added after each was introduced to the storyline. Their ages were extraneous and added nothing to the story (with the exception of the 12 year old boy). I wish it had been longer. I didn't want it to end. Mr. Moxham did a wonderful job with this book. I give it a 4-1/2 stars.

You have subscribed to alerts for Paul Moxham.

You have been added to Paul Moxham's favorite list.

You can also sign-up to receive email notifications whenever Paul Moxham releases a new book.