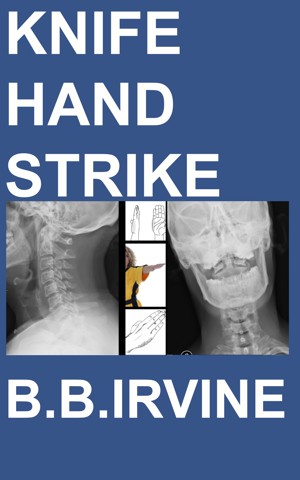 By B.B. Irvine
After his Tae Kwon Do teacher becomes a serial murder suspect, Doctor Andy Bosch joins the legal team and lawyer Jenna Gates to find the real killer. Suspense, romance, and a confrontation with a deadly fighter result. More
When radiologist Dr. Andy Bosch agrees to help the legal team representing his Tae Kwon Do teacher, who has been accused of murder, he doesn’t expect he will soon be beaten up, will fall in love, and will find himself about to be killed by the actual killer, all in the course of one week.
Lawyer Jenna Gates can’t imagine what help a radiologist could be, but soon enough is impressed by his point of view, and the advantages of unexpected connections that get them access to an autopsy and information critical to catching the actual murderer.
Neither is looking for love, but they find it anyway… until their confrontation with the real killer risks taking it all away from them.
Set in modern New York City, where the language can be salty.

B.B. Irvine was born in New York City in 1959. He graduated from the High School of Music and Art N.Y. (1976 music), New York State University at Stony Brook (1980 B.A. liberal arts), and in 1982 received a certificate as a Physician Assistant from the Bowman Gray School of Medicine in North Carolina. He has worked in settings including emergency medicine, AIDS research, and addiction treatment in New York City where he lives. In 1994 he earned a second degree black belt in Tae Kwon Do from Grandmaster Richard Chun. His novels and screenplays evidence his knowledge of people and frequently weave medicine, science, history, romance, and martial arts into the action.

You have subscribed to alerts for B.B. Irvine.

You have been added to B.B. Irvine's favorite list.

You can also sign-up to receive email notifications whenever B.B. Irvine releases a new book.