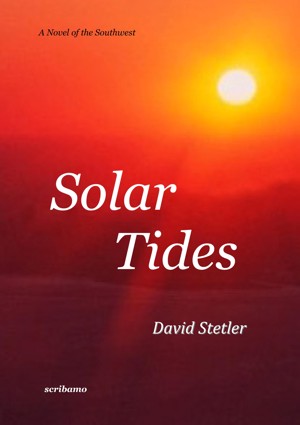 Ben and I both dated Kathryn in high school. She and I went steady toward the end of our senior year, but only once as we necked down at the dam did we reach the point of heavy breathing--fumbling at the buttons of her blouse. Twenty years and two children later (lucky Ben would marry her) she admitted that I could easily have been her first lover--had I not been such a goddamned gentleman.... More
"Well, look who's comin' our way. Good God, what a woman!"

"Mmmmm," I said, not disagreeing.

"How lucky can a guy get! Check out that healthy stride. Since you can't see 'em too well from here, Wally, you'll just have to imagine those great legs of hers. Too bad she's not wearing shorts."

Ben and I were leaning against the wooden railing that surrounds the deck of the pool I'd built for my daughter and her friends. A dozen or so guests had arrived and were enjoying a drink or any one of a dozen brands of beer.

"When she gets up close, I want you to scoot behind her and take a good look at those wonderful calves of hers."

We'd enjoyed a head start. Ben and I were on our third—or fourth—martini, and it was Ben's wife, Kathryn, who was walking toward us. She'd driven over my struggling, recently-planted zoysia grass simply because she knew she could get away with it.

"Kathryn had to climb four or five hills every time she went to class. Can't say that about your lazy U.T. coeds, Wally. Crisscrossing a campus that's nothing but flat ground doesn't do much for a girl's looks. And most of those tea-sip sorority sisters ride the shuttle bus or crank up their daddies' Thunderbirds and drive to class, I hear."

I said, "Some folks say Southwest girls have great calves because they've gotta start running from their brothers when they turn twelve. Others say it's because they'd been hitched to a plow for so many years."

"Hey, that reminds me—what's the difference between an Aggie cheerleader and a bowling ball?"

"Forget it, Ben. We're both plagued with the same old jokes."

"If only we had a view from the other side—what a gorgeous butt you'd see!"

"She always looks wonderful to me," I admitted.

I finished the old minstrel show joke: "I mean, do she?"

Ben and I could recite the punch lines to at least a hundred high school jokes we'd shared, and—unfortunately for us—could still remember in their entirety.

Ben turned to face me directly and said, in a lowered voice, "For the life of me, Wally, I cannot understand why I ever screwed around on this wonderful woman."

But with his next breath, he said, "And those breasts! You can tell right away that they're the real thing."
Available ebook formats: epub mobi pdf rtf lrf pdb txt html
Price: $2.99 USD
Buy Add to Library Give as a Gift
How gifting works
Create Widget
Tags: friendship desire denial compulsion stargazing infidelity loyalty astronomy drought sincerity ranching southwest affection
About David Stetler

David Stetler’s parents were living fifty yards from the Texas-Louisiana border, at the foot of the Sabine Pass Coast Guard Station when Dave was born. Sabine Pass, Texas, had survived many hurricanes over the years, but the village was blown out to sea in 2005 and again in 2008. Dave's father served in ports from Boston to Key West to Corpus Christi, and so Dave had the good fortune to live much of his childhood as an undisciplined pugilator in Port Aransas, Texas. Also, he endured the strict Catholic discipline of his mother's hometown, Breaux Bridge, Louisiana, where he acquired an acquaintanceship with the Cajun language and a lifelong interest in Cajun cooking—his family and relatives being the best cooks along the Bayou Teche. He declined a scholarship offer from the College of William and Mary and spent two years in the U.S. Army to attend, on The G.I. Bill, The University of Texas, where he truly was intended to go, from which he graduated, and where he was reluctantly tolerated by the great teacher and scholar, T.G. Steffan.

Dave taught at U.T. as a graduate student, at Texas A&I University, and in Augusta, Georgia, where he has lived since 1967. He has touched hands with Ella Fitzgerald, Earl "Fatha" Hines, Jessye Norman, Luciano Pavarotti, Odetta, Irma Thomas, Hans Richter-Haaser, Aaron Copland, John Carradine, David Madden, Erskine Caldwell, Norman Mailer, Upton Sinclair, Katherine Anne Porter, Eudora Welty, John Barth, Reynolds Price, and James Dickey. He received a gift from Walker Percy after forwarding to him a first edition of The Moviegoer that had been autographed by Rory Calhoun, who didn't know that he was, in a way, the star of the novel.

Dave hopes to complete four more novels, which he’s been working on for twenty years. Most importantly, he enjoys the affection of three sons and five grandsons.

You have subscribed to Smashwords Alerts new release notifications for David Stetler.

You have been added to David Stetler's favorite list.

You can also sign-up to receive email notifications whenever David Stetler releases a new book.