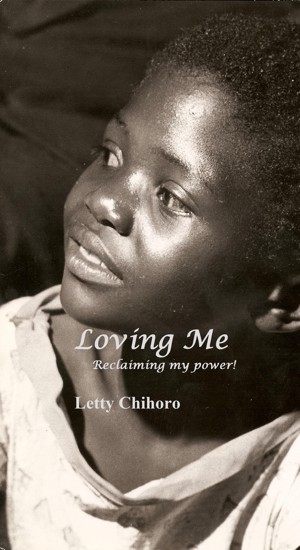 Loving Me: Reclaiming My Power

By Letty Chihoro
In this book, you are drawn into the life of a young black girl living in Zimbabwe, through which you get a fascinating, sometimes shocking insight into the culture, 'traditions' and true reality of living in this country during massive political changes. The health theme running throughout this book shows how the author cures the chronic headaches and allergies that plagued her life. More
Most of us have one or more chronic health problems that we accept as being part of growing old or simply as part of life. In many cases we learn to live with taking prescription drugs indefinitely not realising that those drugs could actually create more health problems. By taking this route we give up control of our lives to those who prescribe the drugs. In her book Letty Chihoro discusses the traumas she suffered growing up not only in an apartheid society but in a society where tradition was used as a means of control. You will learn how her resulting emotional issues, coupled with the foods she ate and the prescription drugs she was taking, created or worsened her health problems. She describes how to reverse health issues with changes in the food you eat and with techniques to collapse emotional issues. The book is about reclaiming control of your life.

Letty Chihoro was born in 1953 in Southern Rhodesia when it was part of the Federation of Rhodesia and Nyasaland. At that time Zambia was known as Northern Rhodesia and Malawi was known as Nyasaland. By the time she went to senior school, Ian Smith had declared his Unilateral Declaration of Independence (UDI) and the country was now called Rhodesia. In 1980, after gaining independence from Britain, the country became Zimbabwe.

Living in such a society, it was inevitable that the standard African diet was dropped in favour of the standard Western diet. Letty grew up with many chronic health issues like allergies and migraines. This was compounded by the anger and self-worth issues that came with living in a society where one race was considered vastly superior to all the others.

Through the internet, the ready availability of books, courses and practice she gradually overcame her health challenges and started moving towards peace of mind and mental well-being.

Letty lives in the UK, with her family.

Why I wrote the book.
The author briefly talks about the health and anger issues that she suffered while growing up and describes how self-help books helped her to start reclaiming control of her life.

You have subscribed to alerts for Letty Chihoro.

You have been added to Letty Chihoro's favorite list.

You can also sign-up to receive email notifications whenever Letty Chihoro releases a new book.