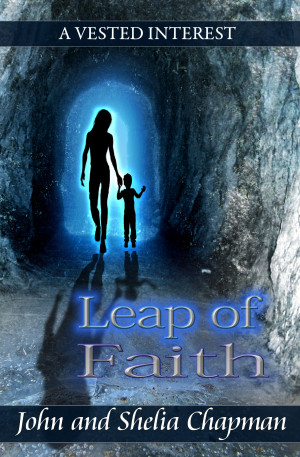 James finds a tunnel and portal in their secret complex. After being rescued from behind an invisible barrier, the tunnel is sealed until they can investigate it properly. It should be safe behind a concrete wall but while a wedding takes place, 5 year old Tom manages to take his mother through the portal. Where do they go? A rescue mission tries to follow and discovers time travel is involved. More
Shortly upon their arrival in the UK, Ian Allen and Andrew Forrestson find themselves behind bars for charges brought against them by a dead woman. Why are they so reluctant to tell their side of the story?

Bored rigid from attempting to enter nearly four
million characters of binary alien code by hand, James takes Candice on an exploration of the old lead mine tunnels. They’re trapped behind an invisible barrier. In order to bring it down, Sam and Donna have to break James’s complicated musical nanonyte combination lock.
One problem. James told Donna, the code was thirty-five numbers long. His text contained twenty-eight numbers.

Triplet Hall’s doors are reopened for Sir Richard and Marie’s wedding. Lady Triplet’s rival, the ‘black widow’ of The Order – Comtesse Danielle D’Vincent and her daughter would be among the guests. In the wee hours of the morning, Sir Richard gets a mysterious phone call – a cry for help. A few hours before his father’s wedding, Richard learns Chantelle and her daughter are missing and presumed dead. Chantelle’s daughter was ten. Could Richard be her father?

We started the 'A Vested Interest' series in 2007 and it took over a year before I came up with an ending we were happy with. At 170,000 words A Vested Interest was too long though for a printed book. We cut it heavily but still ended with a 140,000 word book. There was no alternative, we had to split it into a two book series. Doing that, we thought, would allow us to put back some of the content we had cut and expand the second book (Dark Secrets) a little.
Well that was the plan. We ended up splitting the second book and making a trilogy by adding 'No Secrets'. The original ending didn't quite fit now so we moved it into a fourth book - Stones, Stars and Solutions.
And so it goes on. We are now writing book 10 and 11 of the series. Shelia has written a spin-off 'Blood of the Rainbow' trilogy. Altogether it's 2 million words so far! In terms of time, we've only covered a few months. There is an end in sight but not for another 5,000 years. Maybe I'll get to use my original ending then?

About the Authors
John and Shelia Chapman are a husband and wife team who met on Internet and crossed the Atlantic to be together. John, an English ex-science and computer teacher contributed the technology and 'nasty' bits while Shelia drew on her medical experience in the USA and produced the romance. The humour? That came from real life.

Also in Series: A Vested Interest

Reviews of Leap of Faith by John Chapman & Shelia Chapman

You have subscribed to alerts for John Chapman.

You have been added to John Chapman's favorite list.

You can also sign-up to receive email notifications whenever John Chapman releases a new book.